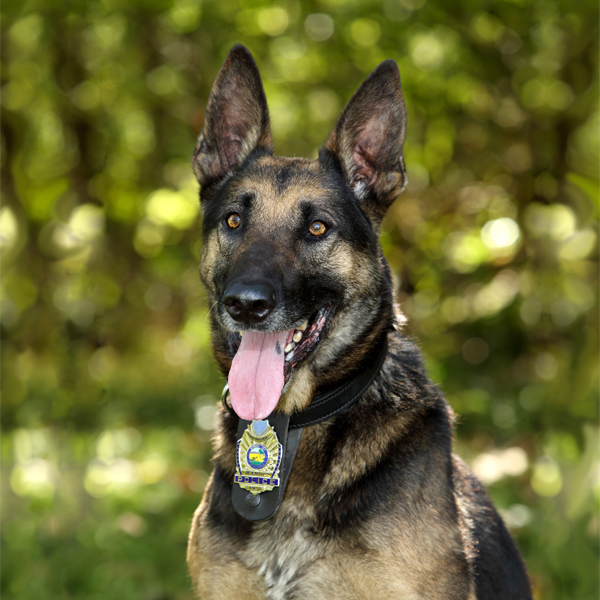 Online PR News – 07-April-2017 – Cincinnati – Vohne Liche Kennels, a full service K-9 training facility for Police and Military Service Dogs, and Kinetic Performance Dog Food, named Officer Jonathan Kolb and K-9 Cento of the Aurora Police Department in Aurora, Indiana as the winners of the 2017 K-9 of the Year contest. Officer Kolb and Cento will be awarded a one year supply of Kinetic Performance Dog Food for the winning photo submission. In addition, Cento's winning photo will be featured in Kinetic and Vohne Liche media and marketing materials for 2017. 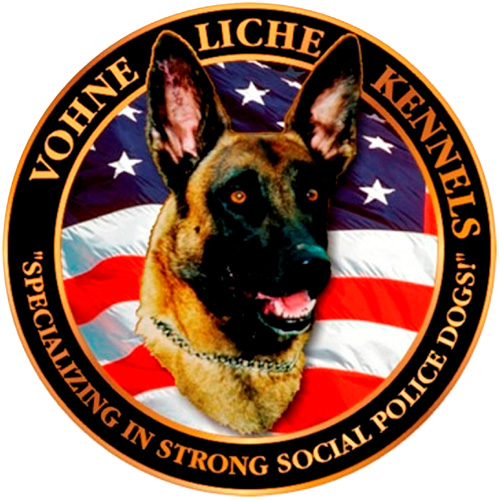 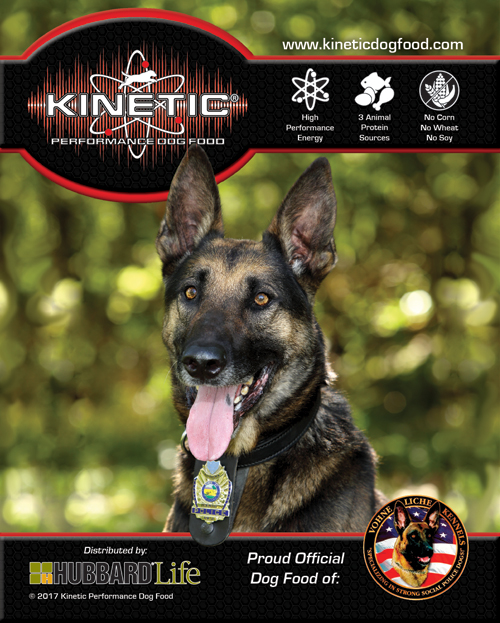 Officer Kolb and Cento were selected as the winners by Vohne Liche owner, Ken Licklider, and other members of the Vohne Liche Team. "We work with dogs and handlers from 46 states in the U.S. and more than 20 foreign countries each year," said Licklider. "Officer Kolb and Cento are a great example, from right here in our home state, of our program to develop the finest working police and military K-9 teams in the world."

“Officer Kolb and Cento are a great example from right here in our home state of our program to develop the finest working police and military K-9 teams in the world.”

"Vohne Liche Kennels is a great partner and well known as one of the best in the business when it comes to working police and military K-9 dogs and training," added Dave Dourson, Co-Founder of Kinetic Performance Dog Food. "We couldn't be prouder of working with them on this contest to help showcase working K-9 teams like Officer Kolb and Cento."

Cento is 6 ½ years old and has only been paired up with Officer Kolb for a few months. In referencing the photo, Officer Kolb shared, "The winning photo was actually submitted by Cento's previous handler before we were paired up. Cento is a veteran and never seems too shy around a camera so we have a lot of great working photos."

About Kinetic Performance Dog Food
Kinetic performance dog food products feature a full line of performance dog foods specifically developed to meet the dietary requirements of highly active working, sporting and competition dogs. Made without corn, wheat or soy, each of the four Kinetic formulas are created to meet the elevated requirements of extremely active dogs for energy, endurance, recovery and digestive health. In addition, all products in the Kinetic line are made with a common ingredient profile to enable stress-free transitions from one formula to another during periods requiring higher or lower caloric intake. To learn more about Kinetic, visit their website at http://www.kineticdogfood.com.

About Vohne Liche Kennels
Founded in 1993 by United States Air Force Senior Master Sergeant Kenneth Licklider, Vohne Liche Kennels is simply the best in the industry in training K-9 Teams for protection duty anywhere in the world. The training staff at VLK consists of eighteen on site trainers and six off site trainers all whom are either former military, law enforcement or both. Vohne Liche trained K-9 Teams can be found working at any number of local, state and federal agencies including the Pentagon, NSA, DoD, US State Department, US Army and over 500 other US government, police, military and civilian agencies. To learn more about Vohne Liche Kennels and their training methods, you can visit their website: http://www.vohneliche.com. 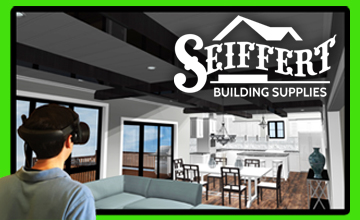