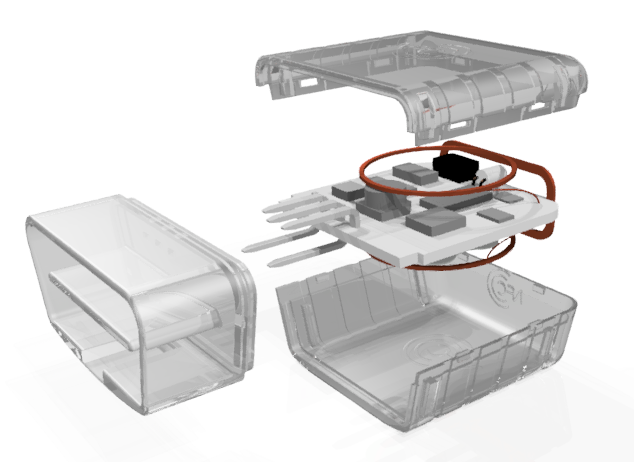 A better alternative to UBI apps, at half the cost of traditional devices

The patented intelligent UBI devices have a unique ability to compress driving data over an indefinite monitoring period, which means the entire driving history is available for extraction after return by mail. This approach eliminates the need for a cellular modem and data plan to continually transmit raw driving data, which cuts the cost of a traditional device program in half.

The True Mileage intelligent UBI device collects all the data of a typical UBI program including VIN, miles by time of day, trips with high speeds, accelerations, hard brakes, and extreme brakes. In addition, the devices offer several valuable refinements:

Minimal Device Size – Since cellular modems were eliminated, device size has been reduced significantly, making it less likely to interfere with driving or to be inadvertently knocked loose.

Encourages Device Return – The device includes a return time alert via the device light and speaker and provides a postage paid envelope attached right to the back of the device. Drivers only get a discount if they return the device, which further encourages device return.

Simple Data Access – The new intelligent UBI devices have been engineered to include NFC technology. As a result, insurers who prefer the devices are returned directly to them may tap the device with any recent Android phone, which will download the entire driving data summary. No need for special cables or software.

Hard Braking Alternative – Drivers in UBI programs often complain about being penalized for hard braking because that is often a safe response to a dangerous situation. The intelligent UBI device provides hard brakes but also offers insurers an alternative measure called an Accelobrake, which is a hard brake, preceded by an acceleration. Accelobrakes essentially filter hard braking events down to just those where the driver likely contributed to the event.

Error Codes – After returning their device the driver may be notified of any engine error codes associated with their vehicle along with links to more detailed information such as urgency and expected repair costs.

True Mileage, Inc. is a provider of technology and analytics services for usage based auto insurance (UBI), also known as insurance telematics. The company’s smarter UBI solutions help insurers maintain a competitive advantage, while encouraging reduced and safer driving. True Mileage analytics are used to accurately rate auto insurance policies across the nation and their patented devices are being used in Mexico, Malaysia, and the United States. For more information please visit http://www.truemileage.com.

Usage Based Insurance Technology And Analytics Expert To Mode ...