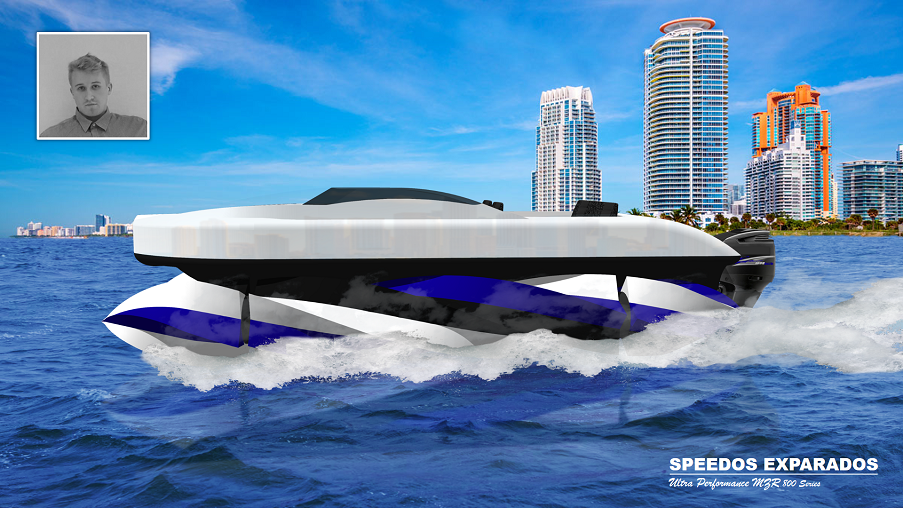 Spectacular revolution at sea with likeness to the wheel origin: Why waste energy pressing a lump against the water when we can drive?

Online PR News – 05-January-2017 – 5. January 2016 - Los Angeles, California – Spectacular revolution at sea with likeness to the wheel origin: Why waste energy pressing a lump against the water when we can drive? – is the question from experts involved in the mystical technology-development.

Historical breakthrough of modern time can remove physical limits once for all. A technology-company, previous based in the Norwegian oil city Stavanger, is turning challenges upside down. Speed is namely the key to comfort and fuel saving, completely opposite of current principles. Recently rumours conclude that the whole breakthrough has taken place in a homemade laboratory – by a young boy, now aged 22.

The faster the so-called wheel bodies are spinning, the more comfortable and safer it’ll be. “Gyroscopic laws” is the physics behind. Where classic boats must slow of to prevent seasickness, the wheelboat must speed-up to get spin of the wheel bodies.

The motion of screwing the resistance away makes the surfaces escaping from the water-masses classic boats have to displace. “The fuel tank is the same, but the range is longer”, sounds product description on their home pages.

“The fuel tank is the same but the range is longer”

“A wheel-revolution at sea is arising on southern coast of Norway – A quantum leap developed in record pace at the island Hidrasund outside Flekkefjord with a lot of international attention, can rewrite the laws of physics fundamentally.”, wrote hundreds of international newspaper last days.

Possibly investors all from Arabic Sheikhs to Asiatic elite have expressed their exuberance. The entrepreneur is allegedly not reachable for neither negotiations or media coverage, and will perform the development in local terms.

“Invention of 2010s can change scientific laws from scratch. A boat on wheels has gradually taken form after years of research on a deserted island south in Norway, and will completely outperform the way we run at water today.”, announces channels of American mass-media.

World-leading specialists in computer-simulated analyses have spent months or probably years to qualify and explore the patented technology. According to sources, InSvivia AS and the subsidiary InSvivia Technologies, are part of a network including Monaco-presence, Ipark, Connect Norway, towing tanks, DNV GL, Håmsø Patent Agency and further innovation organizations as well as international expert groups.

Notification: Editor underlines that parts of this article may include unconfirmed speculations.