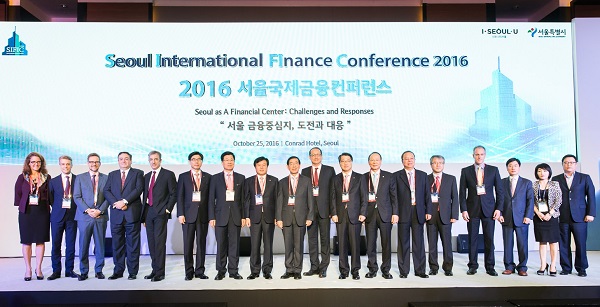 The conference was intended to find Seoul's due strategies to develop into the hub of the Korean financial industry and the Asian capital market, which are now facing structural changes such as industrial restructuring and the rise of FinTech. It consisted of three sessions, of which the respective agenda items were New Trend of Financial Industry: Integration of Finance & Technology, Achievements and Threats of Korean Financial Hub, and Seoul's Strategy: The Hub of Asian Capital. The conference was honored to have the participation of more than 300 attendees, including financial experts from home and abroad.

After the opening, the keynote speech was delivered by Mr. William Mak, Head of the Asia Pacific Region for Northern Trust Corporation. In Session I, the attendees showed keen interest in the discussion under its agenda item, New Trend of Financial Industry: Integration of Finance & Technology.

Session II was moderated by Executive Vice President Jang Beom-sik from Soongsil University with the agenda item of Achievements and Threats of the Korean Financial Hub. In this session, the panel reviewed South Korea's financial hub policies that were implemented in the past 10 years and analyzed their achievements and deficiencies. The panel then introduced examples of cities that are emerging as a financial hub other than such traditional financial cities as London and Hong Kong. In addition, there was an open discussion about how South Korea's financial regulatory framework should be renovated in order to revitalize Korea as a financial hub from the perspective of foreign financial institutions.

In the final session, moderated by President An Dong-hyun of the Korea Capital Market Institute, the panel discussed Seoul's Strategy: The Hub of Asian Capital Market. The speakers presented their opinions on recent changes in the global capital market and how financial hub cities reacted to them, as well as what opportunities and challenges the initiation of the Asian Region Fund Passport (ARFP) had presented to the Seoul financial market. 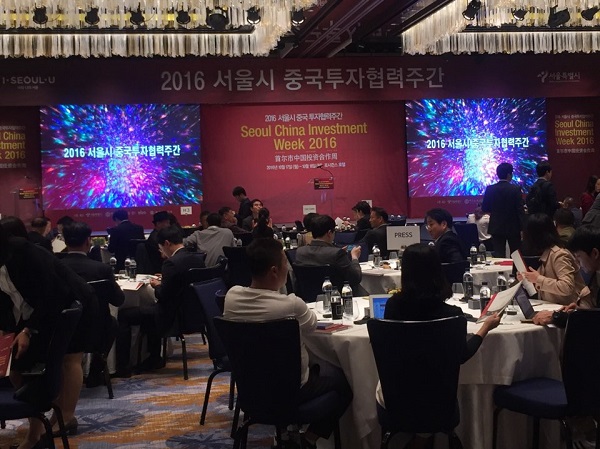