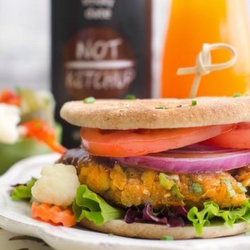 Online PR News – 07-November-2016 – New York, NY – PieShell just launched their crowdfunding platform in early October, and, in less than a month has announced the successful completion of one of its inaugural projects. Not Ketchup, a maker of gourmet dipping sauces, secured $15,000 in funds from supporters across the country. The funding will enable Not Ketchup to upgrade their sauces by removing all added sugars and rebrand the product line accordingly.

Based in Los Angeles, Not Ketchup is a line of “ketchup” made from fruits, not tomatoes. After Not Ketchup founder and CEO Erika Kerekes was diagnosed with Type II Diabetes, she realized she needed to make some big changes in her life and eliminated sugar from her diet. This also prompted Erika to take a closer look at her company’s products and decide that they too needed a healthful makeover by eliminating added sugar.

Kerekes hopes to change they way Americans - who eat an average of 71 pounds of ketchup each year - think about the tangy tomato condiment and invites consumers to dip differently: Diabetes forced me to change the way I eat. Now it's changing my business, too.” Based on sales of the first two revamped sauces, Erika is confident the move will be good for business. Not Ketchup is currently being sold through stores such as Whole Foods, Central Market, and Pavilions. The entire new ‘No Added Sugar’ line will be available on Amazon.com in time for the holidays. To learn more, visit Not Ketchup at http://www.notketchup.com.

ABOUT PIESHELL: Based in New York City, PieShell fills a void in the rapidly growing $1.85 trillion US food and beverage market. After recognizing that 75% of food-focused projects fail to secure funding on platforms like Kickstarter, PieShell founder and CEO Cheryl Clements developed the community-based crowdfunding platform for investable food and beverage enterprises that will generate revenue, employment, and social impact.

Because of its singular focus, PieShell brings an undiluted pool of food-centric supporters to projects. Also, PieShell’s pre-launch incubation process and innovative stepping-stone funding modal are designed to help projects to be more successful. The platform welcomes all manner of food-focused startups from packaged foods, beverages, food apps, and food trucks to cookbooks, restaurants, and coffee shops. Since launching in October 2016, PieShell is full of delicious, nutritious, and tech-savvy projects that are brought to life through the direct support of others.