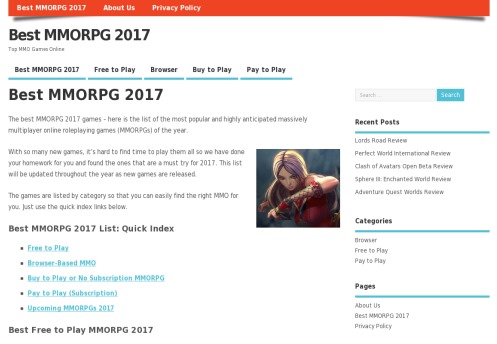 The search for the most highly anticipated upcoming massively multiplayer online roleplaying game (MMORPG) continues as the best MMORPG 2017 list is launched.

Online PR News – 20-April-2016 – Torrance, California – Bestmmorpg2017.net, a game website which was created for the purpose of reviewing online games, unveils the list of the most popular and highly anticipated massive multiplayer online role playing games (MMORPGs) that will be released in the year 2017.

The website has published the Best MMORPG 2017 list with links and mini-reviews of each title. The games are grouped into several categories such as free to play, browser-based, buy to play or no subscription, pay to play (subscription), and upcoming MMORPGs 2017.

With the countless number of available online games, searching for the best game has always been a problem for many players. Best MMORPG 2017, however, provide a means of solving this problem by publishing the list of highly recommended MMORPG games helps players easily find the most popular titles.

“Currently we have a total of eleven games that we recommend but please bear in mind that the wbesite is in its pre-launch stage. We will be adding more and changing the list constantly as we strive to keep it updated and relevant.”

"I think that next year will undoubtedly be a very interesting year for MMO games. There are quite a few innovative indie games that will be launching and I look forward to playing them all," said Olivia Morin, editor of Bestmmorpg2017.net. "Currently, we have a total of eleven games that we recommend but please bear in mind that the wbesite is in its pre-launch stage. We will be adding more and changing the list constantly as we strive to keep it updated and relevant."

"In terms of playbility, all of the featured MMORPGs are different and unique. There's everything from PvP-focused indie games to big-budget AAA releases. Just the same old MMO gameplay features won't hack it these days because of increased competition from other online games. Each of these games appeal to a specific type of player such as the ones are nostagic for old school MMORPGs or those who want a sandbox game with a player-controlled economy," said Morin.

Bestmmorpg2017.net is a popular fan-made website created to provide reviews of MMO games, specifically, the top MMORPGs of 2017. 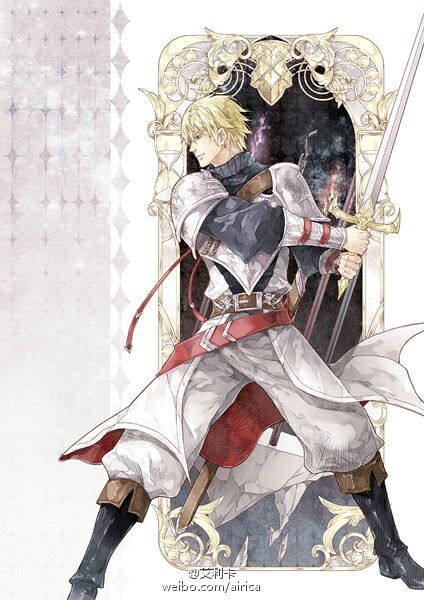