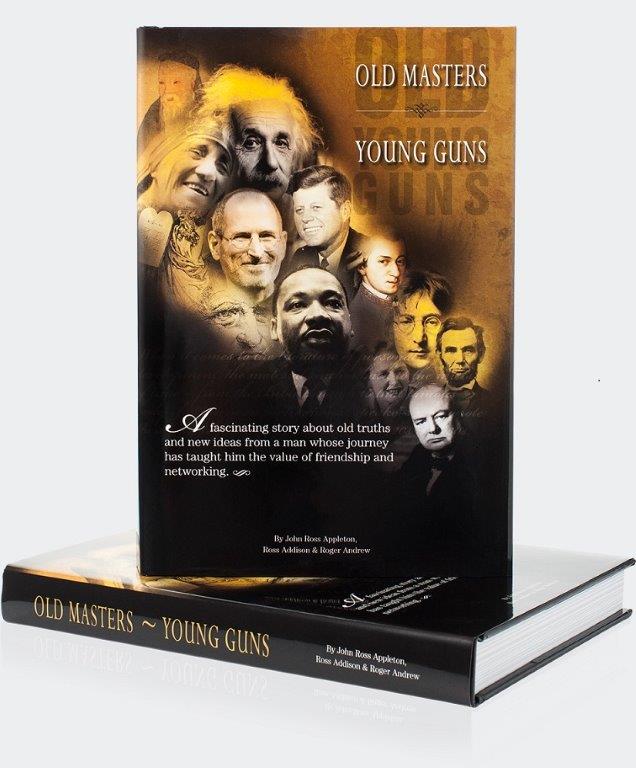 Forget FaceBook – young entrepreneurs can still learn a thing or two from the Old Masters such as Henry Ford, Steve Jobs and Richard Branson.

“The older generation often complains about Generation X or Y spending too much time on social media or in front of a computer, but it’s simply the way they communicate,” said Mr Ross.

“The core qualities of business don’t change and they can be applied no matter how much technology advances because business is fundamentally about people,” he said.

“Social media can be very much about seeking out, finding and developing, nurturing and maintaining personal connections.”

“The aim is still the same as it was generations ago – and that is to use connections to open doors, find strength and support and provide you with new opportunities and experiences.”

Mr Ross said young people could still learn a thing or two from the Old Masters such as:
• Set clear goals: Be a visionary
• Surround yourself with good quality people: Rise above the pack
• Under promise, over deliver: Go the extra mile
• Show respect for other people: Know that you can learn a lot from those who have gone before you
• Persist and persevere: Staying the course and don’t give up
• Be humble
• Take consistent action every day

“Young people can achieve the same level of success with the same core wisdoms that have withheld through the generations.”

“We can all play a role in facilitating the development of our young leaders just by sharing with them the basic wisdoms that have been and will always be around for generations to come,” he said.

Mr Ross is the co-author of Old Masters Young Guns, a eBook that is his ‘take’ on doing business today, based on those pearls of wisdom handed down across so many years of invaluable experience.

His passion is mentoring young leaders (Young Guns), and has connected that thread with chapters on everything from goal setting, persistence, relationship building, seizing the day, and daring to dream.

Each chapter is supported by numerous carefully chosen quotations from Old Masters such as Confucius, Albert Einstein, Mother Theresa, and Abraham Lincoln.

Mr Ross hopes that this New Release eBook will be picked up by the 'Old Masters' of our generation and will be passed on to their ‘Young Guns’ entrepreneurs so the wisdoms will continue to carry on the test of time.
http://youtu.be/vI6je2ci1x4