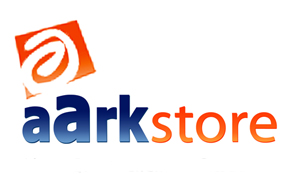 The Hispanic (Latino) Market in the U.S.: A Generational View, 7th Edition, is based on information collected directly from firms active in the Hispanic market as well as a comprehensive analysis of relevant industry and trade publications.

The impact of Latinos on American society will get even stronger over the coming decades. The 133 million Hispanics expected to be living in the U.S. in 2050 will account for 30% of all Americans. The Latino population alone will be larger than the entire U.S. population was in 1940.

This completely new Packaged Facts report highlights the attitudes and behavior of Hispanic adults across age groups and generations from Gen-Y and Gen-X Latinos through younger and older Boomers. One of the most striking findings of the report is that there are nearly uniform differences between Hispanic and non-Hispanic consumers across all age groups. That is, most of the consumer attitudes and behavior of Gen-Y and Gen-X Hispanics are different from those of their non-Hispanic counterparts, while Latino Boomers think and act differently than non-Hispanic boomers. This suggests that strong cultural ties continue to differentiate Hispanics from non-Hispanics, regardless of age and degree of acculturation.

The first section of the report highlights trends and opportunities shaping the Hispanic market and assesses the buying power of Hispanic consumers. The next section contains chapters on the demographic characteristics of the Hispanic population and the economic status of Latinos today. Other chapters provide an in-depth analysis of immigration and acculturation trends as well as profiles of the seven largest Hispanic national segments. The next chapter analyzes the core values of Hispanics. The next section of the report provides an in-depth analysis of the attitudes and behavior of Hispanic consumers across generational lines. One chapter assesses how Hispanics of different ages manage and spend money. Another chapter highlights the attitudes and behavior of Latino consumers in key areas including fashion and personal care, eating at home and health and wellness. The final chapters of the report offer a detailed analysis of leisure and entertainment patterns and media usage trends.

The Hispanic (Latino) Market in the U.S.: A Generational View, 7th Edition, is based on information collected directly from firms active in the Hispanic market as well as a comprehensive analysis of relevant industry and trade publications. Primary research sources used in the report include the Simmons Market Research Bureau Summer 2008 National Consumer Survey and a survey of 1,000 Hispanic adults conducted by Los Angeles, California-based New American Dimensions (NAD) in January-February 2008. Census Bureau sources include the latest available population estimates and projections as well as data from the 2007 American Community Survey and March 2008 Current Population Survey. Other U.S. Government sources include the Consumer Expenditures Survey of the Bureau of Labor Statistics and the Office of Immigration Statistics.

For more information, please visit :
http://www.aarkstore.com/reports/The-Hispanic-Latino-Market-in-the-U-S-A-Generational-View-7th-Edition-13021.html
Or email us at press@aarkstore.com or call +919272852585