Online PR News – 17-September-2010 – – Ithaca, NY --A National Arbitration Forum (FORUM) binding arbitration has resulted in a complete exoneration and victory for Peter R. Breggin, MD in regard to his ownership of the URL ICSPP.org. In addition to reaffirming Dr. Breggin’s ownership of ICSPP.org, the arbitration panel dismissed as “groundless” all charges by the CSP Board of Directors that Dr. Breggin had acted in “bad faith” in keeping and redirecting the URL ICSPP.org.

Under Dr. and Mrs. Breggin’s direction, CSP became synonymous with ethical reform in psychiatry. The Breggins attracted outstanding members to the Board of Directors, created a large Advisory Council and general membership, established a Listserv and newsletter, and created and sponsored a peer-reviewed journal, Ethical Human Psychology and Psychiatry (EHPP). In addition, the Breggins created a well-attended annual conference that became the premier psychiatric reform meeting.

In 2002, Dr. and Mrs. Breggin handed over leadership to young professionals with the understanding that they would continue the high ethical and scientific standards established by Dr. Breggin and that they would devote themselves to effective psychiatric reform.

By April 2010, Dr. and Mrs. Breggin concluded that CSP no longer held to its previously high standards: there were questionable financial dealings on the Board of Directors, nonprofit finances were obscured from view, the annual membership was dwindling and the conferences were contracting in size and spirit. Additionally, on two occasions the Breggins had to rescue the journal from dwindling subscriptions and contributions. Despite Dr. Breggin’s continued contributions toward the well-being of CSP, the new leaders scrubbed Dr. Breggin’s name and legacy from the CSP website while attempting to claim his accomplishments as their own.

After many months of private attempts to resolve the various issues with the CSP’s Board of Directors, Dr. and Mrs. Breggin withdrew all support from CSP in April 2010.
Since Dr. Breggin’s old organization continued in its errant ways, Dr. Breggin refused to further allow CSP to use the URL icspp.org which he owned and which was and remains so closely identified with his name and his work. He did, however, offer CSP shared use of the URL icspp.org until their October conference, with the proviso that they would acknowledge his ownership and control of the URL; but they refused this compromise, insisting that they owned the URL.

Supposedly acting on behalf of the CSP Board of Directors, the new leaders had publicly accused Dr. Breggin on multiple occasions of “stealing” and acting in “bad faith” in regard to retaining ownership of the URL. Although not required to do so, the arbitration panel made note of Dr. Breggin’s significant reform accomplishments and utterly rejected as “groundless” the accusation that Dr. Breggin had in any way acted in “bad faith.”

“I was completely exonerated and even shown appreciation by the panel,” said Dr. Breggin. He noted further that the Board of Directors for the Center for the Study of Psychiatry had not removed their defamatory statements about Dr. Breggin’s ownership and use of the URL from its websites and from other sources on the internet where the Board had disseminated them.

Dr. and Mrs. Breggin have now founded a new organization, The Center for the Study of Empathic Therapy, which has recently been approved and registered by New York State as a nonprofit organization. All interested professionals and laypersons are invited to visit empathictherapy.org to learn about Dr. and Mrs. Breggin’s new organization, to meet their outstanding Advisory Council, to obtain a founding membership, to sign up for the free newsletter, and to attend the new annual conference April 8-10, 2011 in Syracuse, New York. 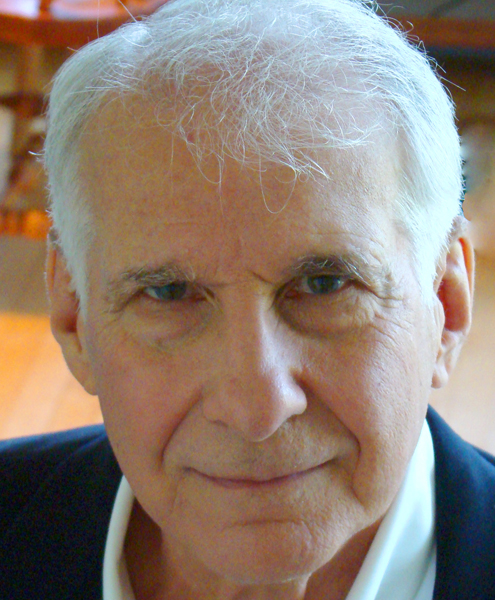 Authors Peter Breggin and Pamela Glasner to Appear at Shared ...