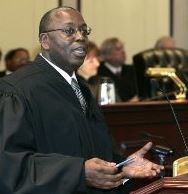 Originally from Paterson, Marquis Jones began his career in public service as an Intelligence Operations Specialist in the United States Air Force, responsible for developing classified intelligence briefings for top command officers and aircrews, including members of the White House Situation Room. Rising to the rank of Air Force Staff Sargent, Jones served in the USAF from 1976 through 1987.

Following his military service, Jones attended Rutgers University Livingston College, earning a bachelor’s degree in journalism. He then went on to Rutgers Law School, graduating with his J.D. in law in 1994. Jones worked as an attorney in New Jersey for a number of years before reentering public service in 2003 when he was appointed Deputy Attorney General for the New Jersey Office of the Insurance Fraud Prosecutor (OIFP). As Deputy Attorney General, Jones prosecuted Medicare and Medicare fraud matters and oversaw the OIFP’s Annual Report to New Jersey’s Governor and State Legislators.

In 2006, Jones was tapped by NJ Senator Cory Booker, then Mayor of Newark, to serve as the city’s First Assistant Corporation Counsel/Acting Corporation Counsel. Jones worked as both supervisor and manager for Newark’s civil litigation, tax, real estate, municipal prosecutors, workers’ compensation, contracts and collections, and labor law departments. He reported directly to Mayor Booker in this role.

The New Jersey Legislature installed Jones as a NJ Superior Court Judge for Ocean County in January 2008. He was one of only two African Americans to serve on the Ocean County Superior Court bench at the time. Jones served until January 2015. During his tenure, Judge Jones presided over Family Part cases and was designated lead Children in Court Judge. Jones also sat in Civil Court where he presided over landlord tenant, small claims, special civil courts, and law division motions.

“I am humbled and grateful to have played a part in making the courtroom a fair and just atmosphere for all who entered. Ensuring the health, safety, and welfare of children was and will remain a focus of mine,” says Jones of his record.

Jones is now retired from the bench. However, this may not mean complete retirement for this public sector leader.

“After so many years in public service, I am forever committed to promoting justice for all New Jersey residents. In whatever role that may take,” he adds. 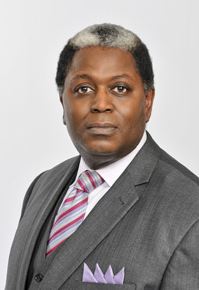