UK bankrupts are being prevented getting basic banking accounts. This exclusion help cheque cashers and payday loan companies make huge profits from those who need help.

The UK Government introduced basic bank accounts in 2003, which offer necessary banking services such as the ability to withdraw cash and have cheques paid into an account, to help put an end to financial exclusion in the UK.

However, most of Britain's banks are lumping bankrupts in with fraudsters and refusing them even their simplest accounts.

Those that have opted for the bankruptcy alternative the iva can also be affected, as the IVA remains on their credit file for 6 years.

Since 2003 542,834 people have been forced into bankruptcy and with the economic downturn still taking its toll this figure is only set to increase. However those attempting to get their lives back on track are forced to remain part of a banking underclass until their bankruptcy order has been discharged. With this process often taking many years, people are left with nowhere to turn.

Natwest offers no accounts for people within the six-year bankruptcy term, while Lloyds TSB will only offer discharged bankrupts a cash account that does give them a cash card, but no overdraft facility.

Even Nationwide, Britain's biggest mutual (which is supposed to look after its members) excludes bankrupts from all its accounts within the first six years.

Jessica Bown, Talkaboutdebt.co.uk said: “Since the Government introduced basic bank accounts over half a million people have fallen into bankruptcy. For most this is a last resort, accompanied by a feeling of shame that is perpetuated because they are refused access to even the basic banking facilities necessary for modern life. By excluding them in this way, the banks are effectively treating them like criminals and making it harder for them to pick up the pieces of their lives and improve their financial situations.”

Barclays said: "We applaud and support people who are picking themselves up after being declared bankrupt and getting their life back in order. That's why we're one of only two finance providers in the UK that we're aware of that provide basic bank accounts to people with an undischarged bankruptcy. Having a bank account is a crucial step towards being financially secure and exiting the trap of financial exclusion."

Talkaboutdebt.co.uk is calling on UK banks to revise their practices by enabling undischarged bankrupts to receive basic banking facilities. Consumers wishing to voice their support are encouraged to visit: http://www.talkaboutdebt.co.uk/petition/bank-account-petition 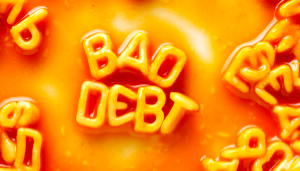