This 10 pc Nativity set from Jemez potter Felicia Fragua can add both reverent and joyous touches to any Christian home.

These superbly crafted works of Christian art are each made by hand with special reverence and will make a proud addition to any Christian celebration of the Nativity. Each Nativity includes at least pottery representations of the Christ child, Mary & Joseph, More extensive Nativity sets include wise men shepherds, beasts of the field and stable and angels. Some are presented in a kiva setting, illustrating the merger of Native and Western beliefs. Native Americans, especially Pueblo Indians from the Southwest have long been Christians, in addition to their Native beliefs, after exposure to the teachings missionary priests that accompanied the Spanish incursion into what are now California, Arizona, New Mexico and Texas. Hence so many communities bearing the names of saints.

Orders received before December 1st can be assured of delivery in time for this Christmas season.

William Waites, co-owner of Native-Potterylink.com adds, "In addition, at his time, Native-PotteryLInk is offering extended payments with its free layaway plan. Purchasers may place a hold on the Pueblo pottery items of their choice, including Nativity sets and storytellers, with a modest 10% to 20% down payment, followed by monthly payments in amounts determined by the purchaser. There is no fee or interest." 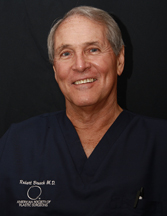