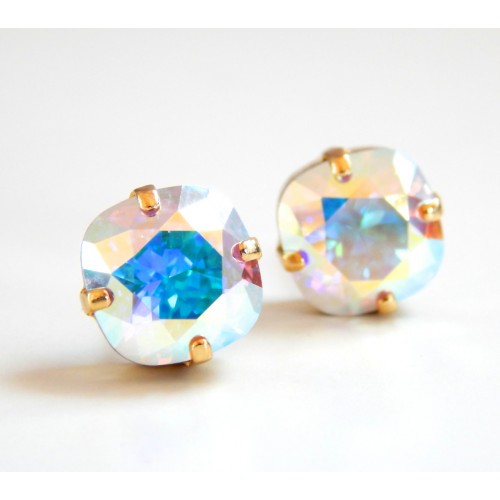 LoveYourBling® will have its Square Hologram Statement Earrings in Press Bags at GBK's Primetime Emmys Gift Lounge, in association with The Artisan Group®.

Online PR News – 14-August-2014 – Redlands, California – LoveYourBling® (http://www.LoveYourBling.com) will participate in GBK’s 2014 Primetime Emmys Celebrity Gift Lounge, in association with The Artisan Group®, where its Square Hologram Statement Earrings will be gifted to members of the press and media stopping by The Artisan Group exhibit. The by-invitation-only Gift Lounge takes place August 22-23 at an exclusive location in Beverly Hills, California.*

LoveYourBling® designer and founder Ruthie Youngman says she chose this earring design for the Primetime Emmys gifting because they have an ultra-modern vibe that echoes her belief that, “Concepts of fashion, just as concepts of television and film, should always be moving forward.”

LoveYourBling® is a Swarovski Crystal Elements Branding Partner and a member of the by-invitation-only, juried celebrity gifting organization The Artisan Group®.

LoveYourBling® has been nominated for the 2014 Martha Stewart American Made Awards and a pair of its earrings were recently featured in INTERWEAVE’s “Create Jewelry,” where Ruthie also contributed to the Design Tips section. Actress Brandi Burkhart (Crickett) wore LoveYourBling’s Rose Gold Crystal Dangle Earrings in Episode 316 of the CW Network’s “Hart of Dixie.”

LoveYourBling® has gifted jewelry designs to singer/actress Selena Gomez and the wardrobe stylists at “The Voice” and “The Vampire Diaries” and has participated in GBK’s Luxury Celebrity Gift Lounges for the 2014 Golden Globes and the 2014 MTV Movie Awards. The company has been featured on Etsy’s popular blog, TheStorque and its Alice in Wonderland Tea Cup Necklace was featured on their Front Page.

As an Etsy seller and mom-preneur for nearly six years, Ruthie has received consistent positive feedback from her customers and has maintained a much sought after Etsy 5-star rating. “I treat every customer just as I would hope to be treated,” notes Ruthie. “Each design is created with quality components and I keep prices affordable, so everyone can accessorize with a little bling.” This approach has led to nearly 3,000 sales for LoveYourBling® on Etsy, with jewelry shipped internationally to over 30 countries.

For press inquiries regarding The Artisan Group, visit theartisangroup.org.