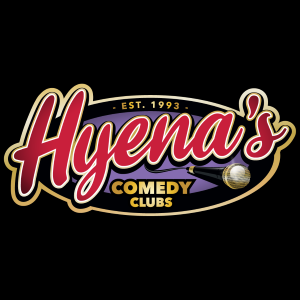 Online PR News – 10-November-2021 – Fort Worth, TX – Fort Worth based holdings company ALG Holdings Family, LLC., is announcing its new acquisition of the esteemed Dallas comedy club Hyena’s, located in Mockingbird Station. ALG is now the majority owner of Hyena's Dallas along with founder and talent buyer Randy Butler. Hyena’s has a second location in Fort Worth that remains under the ownership of Butler.
Randy Butler will continue booking top national acts for Hyena’s. His dedicated years of experience and the relationships he’s built in the industry are part of what makes the club successful. When asked how he felt about passing the torch to the new ownership, Butler said “Bringing on ALG will be great! It’s going to be awesome to see what their marketing team does.”

“ALG likes to acquire legendary brands that have a great namesake with the opportunity for scalability. Watch out Improv, because the most comedian friendly comedy club is about to be the largest in a few years!” said ALG Holdings CEO Jeremy “JB” Yowell in regards to the acquisition of Hyena’s.

ALG Holdings will be making some improvements to the physical space. First on the list is installing a new green room for headliners to have a place to relax before and after their shows. Another change they plan on making is improving the food menu. The company has also expressed interest in modernizing the interior with new paint and fresh decor, all while maintaining the familiar vibe of the Hyena’s people know.

Down the road, ALG Holdings and Randy Butler hope to grow Hyena’s beyond the Dallas/Fort Worth metroplex and expand it into a renowned national brand. The marriage of Yowell’s business mind and Butler’s industry experience are sure to be an asset for the company and its future endeavors.

About ALG Holdings
ALG Holdings was founded by entrepreneur Jeremy 'JB' Yowell. He got his start in oil and gas as a fundraiser, and later on found himself owning his own exploration company. After a decade in that industry, JB decided it was time to expand his financial and administrative acumen into other industries and endeavors.

About Hyena’s Dallas:
Located in Mockingbird Station in Dallas, TX, Hyena’s has been providing live entertainment for over a decade. The venue is known for showcasing some of the hottest comedians in the industry, as well as giving local DFW talent a platform to hone their skills. They offer cocktails, food, and lots of laughter.