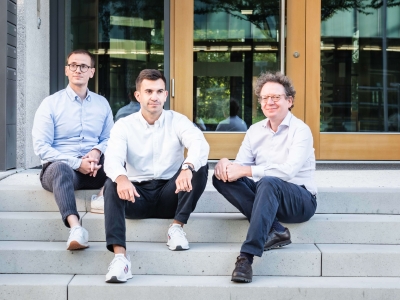 For those who want to know whether their ideas are in use in the market, it is difficult for the average small or medium-sized company to find out what really happens behind the scenes of large companies like Volkswagen or Google. The number of patent applications has long been used in industry as an indicator of innovation. GoodIP not only publishes this knowledge, but also translates and deciphers information to make it accessible to everyone who wants it.

“Patents are one way to find out,” said the CEO of GoodIP, Dr. Bastian July. “Effectively, getting access to classified patent information has only been possible for experts with lots of money. We used targeted, self-developed algorithms and, over several months, the programs deciphered 53 million patent applications. We captured information from many companies and suppliers to big tech that most people have never heard of, yet have a huge, ongoing impact.”

GoodIP has aggregated technology secrets of big tech and has identified hidden champions and secret innovations. Users can see which companies are similar to their business with just one click. For instance, who would have expected that Red Bull is alongside Toyota, General Electric and Samsung with patents in the field of environmental technology? Dr. July continued, “We changed the game and translated the data to make it understandable and actionable, so globally, everyone – not only a select expert group – gets access.

To start learning what other companies are doing, visit GoodIP IQ now.

GoodIP built the IP strategy for the massive buyout of the Io ...
visit our website