This is a new direction for the band with sounds influenced from 80's pop classics infused with live rock elements the band is known for.

Online PR News – 20-September-2021 – Manchester, UK – Rock outfit Dalmas returns with their newest single 'Is This Love'. The single will be released on Los Angeles record label Native South Records, September 17, 2021. After the release of their debut EP 'Stay' in March supported by BBC 6 Music, George, Jacob and Augustus have teamed up with California based producer Jonathan Smith [a.k.a. TheRealJonSmith] to produce and mix their new single. Jonathan is the original drummer and a producer of the notable American rock band Luna Halo, formerly signed by Rick Rubin / Columbia Records.

Taking inspiration from the likes of Biffy Clyro and Nothing But Thieves, this is a new direction for the band with sounds influenced from 80's pop classics infused with live rock elements the band is known for. The song tells the story of a new found relationship that has every potential of blossoming into something beautiful whilst looking at the excitement that the future holds. When speaking about the track, drummer and singer George said "after the year everyone has had we want this track to make people feel good about life, lyrically it is completely different for us. We want people to feel joyous after listening to this track."

The band recorded completely remotely in Manchester (UK) in George's student house giving the band a chance to go back to basics and connect with each other after the struggles of the pandemic lockdowns. After George met Los Angeles based producer Jonathan Smith [a.k.a. TheRealJonSmith] on a trip to California in 2019, the band have wanted to collaborate with Jonathan ever since. This felt like the perfect song to start with. Working over FaceTime and utilizing other technology was a really unique and new way for the band to have Jonathan produce and mix this track.

Pushing to always do something new, Dalmas, TheRealJonSmith, and Native South Records hope to continue releasing music into the future. 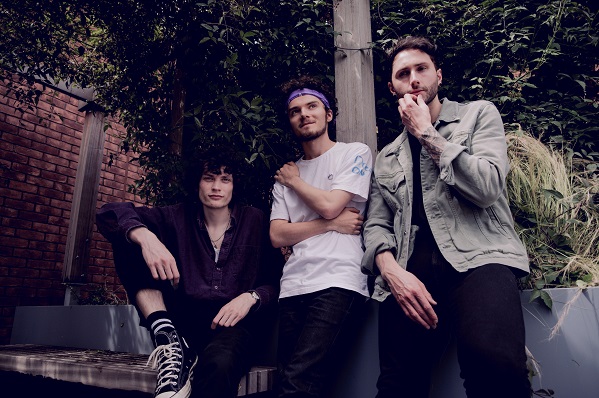