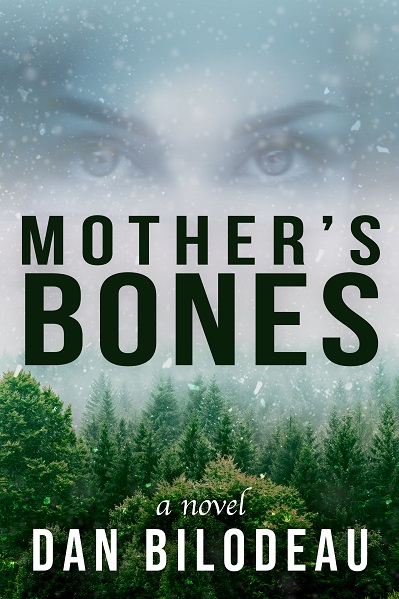 Online PR News – 19-July-2021 – OTTAWA, ON – Inspired by the 1996 disappearance of Melanie Ethier in his hometown or Temiskaming Shores, author Dan Bilodeau has penned his new book, “Mother’s Bones” (Published by Amazon).

Thirty years after leaving his hometown under a cloud of shame and tragedy, Dale Chabot receives a late-night phone call from his frantic sister. She tells him that a stranger recently revealed to her the identities of those responsible for their mother’s disappearance so many years ago. She also tells him that same man has since been found dead.

When Dale returns home, determined to sacrifice all, if necessary, in a search for the truth, he triggers a calamitous series of violent events that will lead him along a dark path of drug abuse, human trafficking, and police corruption that spans three decades. The trail ultimately leads him into the remote wilderness, where his mother’s killers have taken refuge, with a vow not to return without uncovering the location of her remains.

“After becoming a parent, I reacquainted myself to the story of Melanie and that of her mother, Celine, who is still searching for answers,” explains Bilodeau. “Although ‘Mother’s Bones’ is not Melanie’s story, there are certain parallels to be drawn between Dale and the unimaginable fortitude of any parent or family member that is desperately searching for the truth, answers and more importantly, closure.”

“Mother’s Bones” is published by Amazon KDP and is available in both ebook and paperback format and can be found on Amazon.ca (Canada) and Amazon.com (U.S. market)

About the Author
Dan Bilodeau is a graduate from the University of Ottawa, where he obtained a bachelor’s degree in criminology with a minor in psychology. He is also the author of “Hunter” and “The Shepherd” published in 2007. He currently resides in Ottawa, Ontario, Canada, with his wife, Julie, and their two sons.