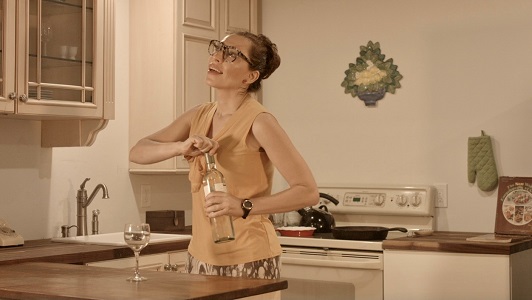 The new TV Series “SuperZeroes” set in the 70s, is a funny and ‘cheeky’ new take on the Superhero genre.

Having worked on a number of exciting projects and critical roles, such as on award-winning psychological drama "Modern American Nightmare" as  'Kathy' who deals with her brother's nightmares and uncontrolled grief over a family member’s death in the Iraq war. Woman of faith 'Kay Riley' a private investigator who exposes a murderous plot in TV Mini-Series “To the Bitter End: Behind Closed Doors.” Both are currently showing on Amazon Prime UK and will be on Amazon US at a later date.

Also, starting 2020 with a big bang, Sandra attended the 92nd Academy Awards Ceremony at the Dolby Theater, which included an invite to the very prestigious Governors Ball.  Sandra, also a Portuguese speaker, live-streamed the highlights of the event to Brazilian journalist Moema Silva’s (from TVMais magazine) popular international online column.  Sandra was also interviewed on MasMusica.fm a radio station (based in Columbia, South America) by prominent radio host Federico Moritz discussing the continued success of her film career, and living in Los Angeles.

Other crucial roles include 'Sasha Pennington' as the hip Brit musician in the true-crime story "6:38: The Death Of Ronni Chasen" starring alongside Roslyn Gentle (American Crime Story) and Sandra reprises her role as the very eccentric love matchmaker 'Mallory' in  TV Show "Girl, Chill"  written and directed by Robert Michael (Glow and Titanic: Sinking The Myths).

However, Sandra is particularly delighted about her most recent production, the comedy TV Series "SuperZeroes" (set in the 1970s) in which she stars as the mysterious, 'tea drinking' Brit therapist 'Dr. Petunia Pepper.' Not only is a woman in the title role, but Sandra De Sousa was also the Executive and Line producer on the show, and the script was written and directed by another female talent Emilia Lindgren (originally from Sweden), who recently won a Sci-Fi Gold award from Indiedance Film Festival for her short film “DL54-079.“ The show also boasts another female actress in the supporting role of ‘Pheromona’ played by Marilyn Camacho from Puerto Rican and Afro-Indigenous roots. All Visions Align (AVA) and B Lindgren Artistic Enterprises, were also the female-led production companies behind the project. The plot revolves around the curious, but very classy English psychiatrist ‘Dr. Pepper' and the three ‘average’ Superheroes seek therapy from her for their very unusual and challenging superpowers. However, they discover that the desire to get rid of powers can be a very dangerous business indeed. “SuperZeroes” (Season 1, Episodes 1 to 6) is in post-production and is likely to be released by the end of this year or the beginning of next. The shoot date for Season 2 is currently being scheduled.

Shire Productions Executive Producer, Ellery Alexis, also recently announced that Sandra is attached to play leading roles in two upcoming projects. 'Belle Demelo' in the Romance, Sci-Fi, Thriller 'Something Beautiful' and 'Sheriff Madeline Bruce' in the Musical Drama, 'Redemption Song.' The team expressed their excitement to have her on board!

With another female-led action drama “The Cypher” about two Russian CIA operatives, the Russian Mafia and 10 million dollars, shooting at the end of this year, promises to be another win for woman’s creative voices everywhere!