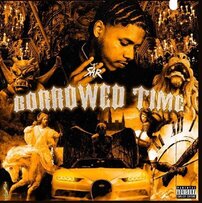 Online PR News – 25-April-2021 – LOS ANGELES,CA – The Single will be released on April 23rd, 2021. The single will become available on all streaming platforms. DMV’s newest Hip Hop sensation Records debut artist, debut single, “LIVE DIE AND GET PAID” hit the airwaves on April 23rd, 2021.
Lor Sosa is quickly joining the ranks and file of DMV’s hip hop elite. Shy Glizzy, and Wale. His style of music expands many different coasts. He was born in Arizona. Then moved to Baltimore. The streets are no stranger to him. This 20 something artist has been battling drug addiction and alcoholism, which landed him in lots of trouble with the law. Once he decided this was not the life he was meant to live he turned to music as his outlet.

Lor Sosa racks up over a million views on YouTube on recent tracks like “Blink” and “Lor Bish.” Even though he is still relatively new, Sosa has managed to establish himself as one to look out for. With the release of two singles this month a Spanish song “Amor Caliente”. And of course, the fire hit” Live Die and GetPaid”. The industry is already buzzing about this single featuring two west coast artists Blueface and Kayos. Bring the East and West together.

Live, Die and get paid”, is inspired by the toxic combination of street life and the drive. Built from passion, confidence, and power. This song resonates with the streets. It will become an anthem for young riders on both the east coast and west coast. With the full Cali vibe embodying the west fully. With a twist of the east coast.