Online PR News – 04-March-2021 – CLEVELAND, OHIO – An Ohio citizen has sent a proposal to Sen. Rob Portman, R-OH, for the U.S. Postal Service to issue a stamp protesting the ongoing genocide that the government of China is enacting against the minority Uighur Muslims in the Xinjian province of that country.

China has been determined by several nations to be guilty of incarcerating and “re-educating” millions of ethic Uighurs in concentration camps in the Western province, forcing millions into slave labor; enacting a campaign of mass rape, forced sterilization and abortion; creating a surveillance state where Uighurs are tracked and photographed 24-hours a day; and eradicating the Uighur culture by persecuting its intellectuals, bulldozing its mosques, and preventing the practice of the Muslim religion.

Although Congress has passed measures in protest of this genocide, and both the Pope and the Dalai Lama have condemned it, nothing seems to be able to stop the Chinese from their campaign of genocide.

"The only thing left is for U.S. consumers to organize en masse and refuse to buy Chinese-made products in protest, and this effort could best be kicked off by the creation of a Uighur stamp," said Jeff Barge, president of Cleveland-based communications firm Lucky Star Communications, who came up with the idea. "That would be the only thing China would be truly afraid of."

“Student groups from Brandeis Yale Harvard and the University of Chicago have begun to organize to protest the Uyghur genocide.”

"According to articles in the New York Post, Pres. Joe Biden has no plans to make any moves to stop this genocide, and considers it to be a “normal” practice of Chinese society," said Barge.

"We have stamps representing everything from Scooby Doo to dinosaurs, why not one to protect the Uighurs from extermination?"

The group recommends that concerned citizens Tweet to Nike:

"@Nike Shameful that an American brand like yours benefits from the labor of the Uighurs. Stop sourcing from Qingdao Taekwang immediately."

Shamefully, both Coca Cola and Nike have lobbied the U.S. Congress against a bill protecting the Uighurs, the Uyghur Forced Labor Prevention Act. The National Basketball Association (NBA) has also kowtowed to the Uighur genocide campaign in return for market access.

"How hard can it be to pass a bill creating a stamp?" asks Barge. "If nothing else, we should at least be able to do that to help protect 12 million people."

In the Netherlands, where the Uighur situation was just formally labeled a genocide, lawmaker Sjoerd Sjoerdsma recently led a pro-Uighur legislative effort, and in Great Britain an effort has been led in Parliament by MP Nusmat Ghani and Lord Alton. Canada also formally labeled the Uighur situation as genocide, led by MP Erin O’Toole, and Michael Chong and Garrett Genuis.

"If we don’t stop this now, next will be Tibet, then Nepal, Mongolia, Laos and Cambodia," predicts Barge. "All will be overrun."

Student groups from Brandeis, Yale, Harvard and the University of Chicago have begun to organize to protest the Uyghur genocide.

Some media reports have criticized celebrities -- including Rihanna and Greta Thunberg -- for failing to join the protest. "I would love for Drew Barrymore and Stephen Colbert to unite behind this cause," said Barge. 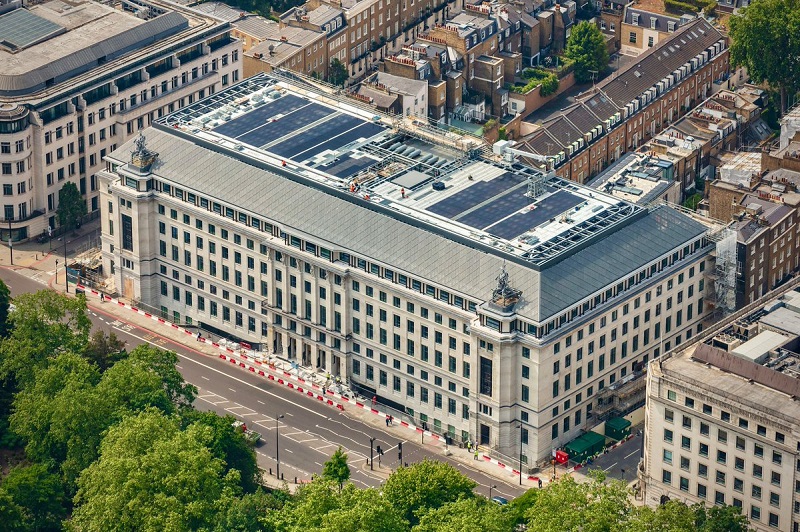