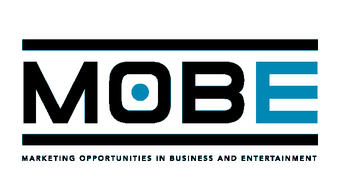 Online PR News – 24-February-2021 – Washington, D.C. – The MOBE (Marketing Opportunities in Business and Entertainment) Symposium celebrates Women's History Month (March) with a week-long series devoted to Women in Advertising beginning Monday, March 1. Each of the five programs will air at 7 p.m. EST on the Symposium’s Facebook Live and YouTube Live channels and is part of MOBE’s Advanced Marketing Series.

The March 1 program will feature an examination of DEI (Diversity, Equity and Inclusion) called Ride Or DEI? followed on Tuesday, March 2 with a discussion with CEOs called Power Players: Transforming Madison Avenue. The week’s remaining topics will focus on Creatives: How Is Storytelling Changing (Wednesday, March 3), Advertising Sales: Follow the Money (March 4) and Chief Marketing Officers: ROI in the New Paradigm (March 5). The complete list of panelists (which follows on a separate page below) is comprised of presidents, CEOs and senior executives at some of the industry’s top agencies.

MOBE leadership saw the opportunity to focus on Women's History Month as an immediate extension of its Black History Month celebration. "We had great Black History Month topics and wanted to continue elevating our topics by acknowledging the impact of Black women in the advertising industry," said Rael Jackson, MOBE’s director of brand strategy. "Tom Burrell, who founded the legendary Burrell advertising agency, may be the most well-known name, but women such as Renetta McCann and Carol H. Williams, are arguably at least as influential." (Williams is credited with creating the Pillsbury Doughboy and the unforgettable Secret (Deodorant) tagline, "Strong enough for a man, but made for a woman.")

“Black women in the workforce as entrepreneurs and as heads of household have always been leading drivers of consumerism.”

Added Ken Rye, a MOBE Advisory Board member and multicultural marketing consultant, "Black women in the workforce, as entrepreneurs and as heads of household, have always been leading drivers of consumerism. This week gives us the opportunity to hear from some of the real powerbrokers who are expanding access and increasing impact in this ever-changing industry."

Since MOBE Mondays launched as a weekly program in April 2020, an audience of more than 100,000 people have tuned in to include achievers, influencers and independent thinkers from major brands such as AARP, BET, Blue Cross and Blue Shield, Nielsen, New York Life, The OWN Network, Procter & Gamble, Revolt TV and Sony.

The MOBE SymposiumTM is the leading advanced marketing conference designed to accelerate the growth of business with thought leaders, industry influencers and business owners, enabling them to share cultural insights for purpose-driven brands and savvy marketers. MOBE’s proven track record of facilitating strategic alliances and professional development has resulted in agreements between Black businesses and major corporations that have delivered revenue-producing connections and partnerships. An estimated $200 million in business was generated for African-American companies as a direct result of associations conceived at MOBE symposiums.

MOBE (pronounced MO-Bee) is where marketing, technology, sports and entertainment professionals join with emerging businesses, entrepreneurs and other business professionals and corporations. The MOBE series has delivered business building, education and mentoring resources for African-American professionals since 1992. For more information, visit mobesymposium.com. 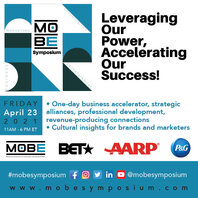 BET Alumni Presents Salute To The Women Of BET On Clubhouse M ...

MOBE Presents Discussion On Black Activism And Equity In Spor ...
visit our website