Crown Resorts announced changes for investing in its properties in the light of the conclusion drawn by the New South Wales Independent Liquor.

Online PR News – 29-December-2020 – Sydney, AU – Crown Resorts announced changes for investing in its properties in the light of the conclusion drawn by the New South Wales Independent Liquor and Gaming Authority (ILGA) on the resort’s suitability to hold a gaming license. The verdict on the conclusion is expected to be delivered on February 1, 2021.

It has a poor reputation in preventing money laundering for which it faced the investigation. But now the company is doing away with the questionable rules. For instance, the company will accept deposits from personal bank accounts only. Earlier patrons were allowed to use trusts of business accounts for making deposits.

Also, the company has stopped the practice of gamblers depositing money into accounts of Casino operator. It has opened two banking entities, Southbank Investments and Riverbank Investments, to ensure privacy. Gamblers would deposit money in any of the two banks and get casino chips of the same amount.

Earlier, the company even appointed its first chief financial crimes officer. Also, the deposit changes announced will be applied on Crown Melbourne and Crown Perth properties.

Crown Resorts opened Crown Sydney that is a 75-story AUD$2.4 billion integrated resort featuring an expansive residential area, fully-equipped entertainment zone, a luxury hotel and a VIP casino. But the casino is shut due to ILGA investigation. ILGA issued a non-gaming license to open only hotel and restaurants. The permit is valid till April 30, 2021.

Crown Resorts will request ILGA to extend its liquor license from May 1, 2021 and the ILGA will consider the request in the light of its investigation findings and the measures taken by the company to boost its reputation. But the legal counsel of ILGA is of the opinion that Crown Sydney is unsuitable for gaming permission.

Changes won’t have much impact

The changes applied by Crown Resorts are said to be tool little and too late by the critics that alleged that the changes prove that the company was working against the law. And that it wanted to salvage its reputation by taking whatever action it could take. 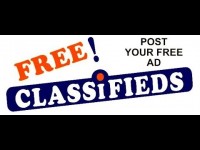