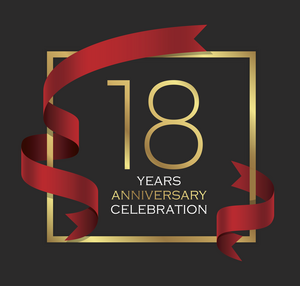 PMO To Go LLC, a project management consulting firm with an emphasis on training and mentoring based in Houston, Texas is celebrating their 18th anniversary.

Online PR News – 15-October-2020 – Houston, Texas – Anyone that has even considered starting their own business knows the common saying, “less than 50% of businesses survive the 5-year mark”. And actually, less than a third make it to 10 years or beyond.

This week marks the 18th anniversary for PMO To Go LLC, a project management consulting firm with an emphasis on training and mentoring based in Houston, Texas.

Walter Viali and Don James first met back in 2002. At that time, among many other roles Walter was the President of the Society for Software Quality, where he met Don James. Don was at a meeting where he spoke on Requirements Analysis. Quickly Walter and Don realized they were very like-minded, and Walter convinced Don to join the local PMI (Project Management Institute) Chapter and take the PMP Exam. Not long after Don took the PMP exam he volunteered to become the VP of Programs for the local Chapter. Walter and Don along with another member of the PMI Houston Chapter started a conversation about the growing need for PMO’s (project management offices) and on October 15, 2002, PMO To Go LLC was formed.

When you’ve been in business for as long as Walter and Don have, you learn what your clients need and how to deliver and that his what they base their longevity and success on. Don and Walter have developed lasting relationships with clients and other individuals in the project management realm.

When asked about his clients, Don stated, “I value my clients and partnerships, new and old, therefore, they value me and the treatment they receive from PMO To Go.”

While they continue working well into their 70s, both Walter and Don continue to give value to their clients they have chosen to retain and the select new ones that they bring on. They now spend most of their time passing on the knowledge they have gained over the years by teaching online exam prep courses for PMP, CAPM and PMI-PBA.

PMO To Go LLC owners, Walter Viali, PMP and Don James, PMP have over 70 years combined of project management experience along with 40 plus years of teaching. As instructors teaching their various programs, they both continue to add value to their students through a highly interactive teaching style.