The University of Texas at Port Aransas recently chose Contractors Asphalt for an asphalt repair contract that brought a facility's parking in compliance with the Americans with Disabilities Act.

Online PR News – 21-July-2010 – – The Alpha Building Corporation on behalf of the University of Texas at Port Aransas recently used Contractors Asphalt of Austin Texas for an Asphalt Repair contract. The facility lacked the proper Americans With Disabilities Act (ADA) access in the parking lot. Contractors Asphalt was contracted to add the required ramps and improvements.

The Americans with Disabilities Act was signed into law in 1990, and later modified by President George H. W. Bush in 2009. The ADA is a wide ranging civil rights legislation that aims to prevent discrimination based on disability. Title III of the ADA was the specific piece of the legislation that drove the asphalt repairs by Contractors Asphalt. Title III states that no individual may be discriminated against on the basis of disability with regards to full and equal enjoyment of the any place of public accommodation.

The University of Texas system was confident in Contractors Asphalt because of their experience working with the company on larger projects at their Austin campus. Within the space of a few days, Contractors Asphalt had prepared the retrofit area, removed the demolition materials, built the new access ramps, and finished the job in a high quality fashion.

"Everything about the job was difficult, materials had to be trucked in from over 40 miles away, there is nothing but sand to build on instead of solid soil" said Shawn Knoche of Contractors Asphalt.

Contractors Asphalt has been a leader in Central Texas asphalt repair, concrete utility, and street repair since 1994. Many of their projects have ranged from residential sidewalks to city streets and stadiums. Their customers include individual property owners, the municipalities of Austin, Georgetown, Round Rock and San Antonio as well as TxDOT and other state departments. 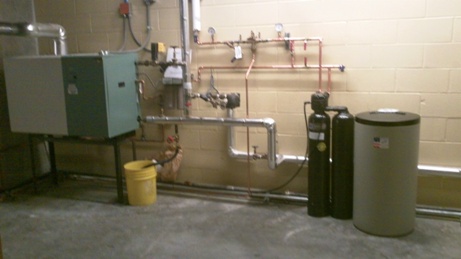 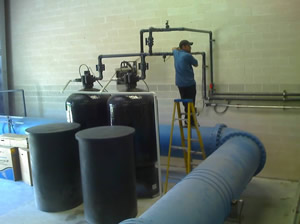