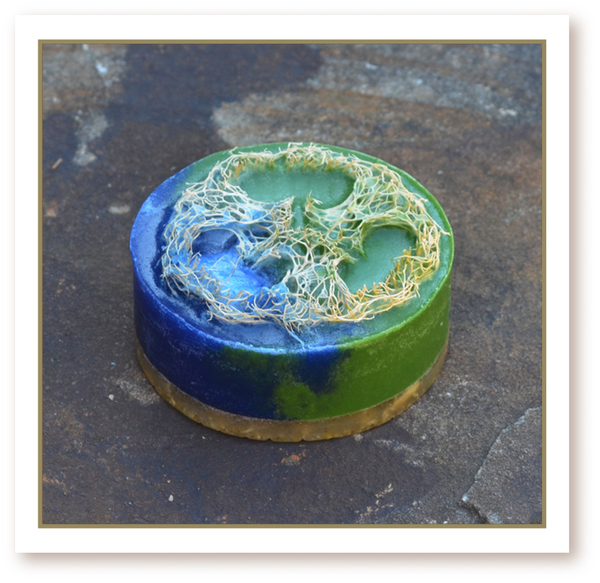 Natural handcrafted hemp soap bars from The Lost Arts will be included in celebrity gift bags prepared by The Artisan Group® in honor of Earth Day 2014. The gift bags will be delivered to some of Hollywood’s most eco-conscious celebrities.

Online PR News – 22-April-2014 – Milton, GA – Handcrafted all-natural Mother Earth hemp-and-glycerin soap from The Lost Arts (http://http://www.The-Lost-Arts.com) will be included in an exclusive collaborative gift bag being prepared by The Artisan Group® in honor of Earth Day 2014. The gift bag, which is comprised entirely of earth-friendly handcrafted products, will be delivered to some of Hollywood’s most eco-conscious celebrities in time for the April 22 holiday.

Recipients of the Earth Day 2014 gift bags will find their Mother Earth soap wrapped in a hand-stamped, natural burlap bag. Mother Earth is a vegan-friendly glycerin soap made from environmentally friendly, cruelty-free, natural, vegetable-derived ingredients. It contains virgin hemp seed oil produced from 100% shelled hemp seed that is grown sustainably without herbicides or pesticides. Hemp oil is rich in fatty acids to help protect against oxidative damage and inflammation, and has natural antibacterial and sunscreen properties. Mother Earth is free of SLS, parabens, phthalates, and palm oil.

Fragranced with certified 100% natural essential oils, including bergamot, cassia root, cedarwood, nutmeg, lavandin, and peppermint, Mother Earth has an earthy, unisex scent. It contains a luffa for exfoliation, and the combination of the luffa with the natural blue and green colorants is visually reminiscent of the earth.

All products are handcrafted in very small batches using the finest ingredients to ensure the highest quality. Most ingredients are sourced in the U.S., the exceptions being certain essential oils that come from the country of best origin.

Karin is member of the Handcrafted Soap & Cosmetic Guild. She is also a proud member of The Artisan Group®, a by-invitation-only, juried arts promotion organization whose mission is to introduce Hollywood to the best of the handcrafted movement.

In addition to its participation in the Earth Day 2014 initiative, The Lost Arts, in association with The Artisan Group, recently gifted its Movie Popcorn soap at GBK’s Luxury Celebrity Gift Lounge in Honor of the 2014 MTV Movie Awards Nominees & Presenters. The company’s Rebellion soap has been gifted to singer/actress Selena Gomez, and its Water Lilies soap was included in celebrity gift bags at GBK's 2013 Cannes Film Festival Celebrity Gift Lounge.

The Lost Arts products are available to purchase online, at weekly farmers markets and select retail outlets throughout Georgia, and at numerous art and crafts shows.

About The Lost Arts

Upon leaving the world of software engineering to raise her two children, Master Herbalist Karin Collins knew it was time to embrace her creative side. Limited only by her imagination, she began to dabble in soap making and, in 2005, formed her company, The Lost Arts.

Armed with the knowledge that smell is the most powerful of our senses, Karin marries the olfactory with the visual to create soaps that evoke strong emotional responses. She takes inspiration from the world around her, and her novel and intriguing soaps are regarded as works of art, a testament to her vision.

The Lost Arts is based in Milton, Georgia.

Also from The Lost Arts