Women with Alzheimer’s Gene fight back with MMT’s screening test called the MentScan.

Online PR News – 17-April-2014 – Ridgefield, CT – Stamford University School of Medicine has just announced that women carrying even a single copy of a gene type called ApoE4 are at far greater risk of developing Alzheimer’s then men. This is surprising and holds major implications for women personally and their families, as well as the overall health care system. Even correcting for the fact women live longer than men, ApoE4 puts otherwise healthy women at risk for Alzheimer's at an earlier age, according to Stamford University.

Millennium Magnetic Technologies or MMT is now offering their unique functional MRI scan called the MentScan to help both women and men battle back against Alzheimer's Disease.

ApoE is a gene that makes a protein called Apolipoprotein. There are 3 variants- ApoE2, ApoE3 and ApoE4. In the brain special neuron support cells called Astrocytes make this protein which helps break down the damaging Alzheimer’s aggregate called beta-amyloid. The ApoE4 gene makes the least effective Apolipoprotein for this task- hence the increased risk of Alzheimer’s Disease.

“The good news is that just because you have the risk factor of ApoE4 does not mean you are destined to get Alzheimer’s Disease “, indicates Dr. Steven Levy MD, CEO of Millennium Magnetic Technologies or MMT. “We now have a brain scan called the MentScan which uses functional MRI to determine when brain changes first begin- what is termed PreClinical Alzheimer’s - before there is any evidence of memory loss or mental impairment. For patients at risk for Alzheimer’s Disease this can truly be a life-saving detection. It can allow treatment before the mind is affected and save the patient and family years of torment. It’s critical for planning treatment, life choices and finances. The MentScan is now available through your doctor or MMT. “

Dr. Donald Marks, Chief Science Officer and founder of MMT, continues, “It’s important that patients understand that treating once Alzheimer’s has developed has very limited benefit. That’s why it’s vital to identify the PreClinical Alzheimer’s stage when there are steps patients can take to help themselves and their families. Preclinical Alzheimer’s means precisely that Alzheimer’s has not yet been diagnosed. In just the last few years progress has been made and new treatments are being validated to help stop the progression of Preclinical Alzheimer’s. The take home message is that early diagnosis through the MentScan is the key to benefiting from these new available approaches. “

Information on the MentScan can be found at their MilMag website and arrangements for scheduling the screening test are available through email or phone. 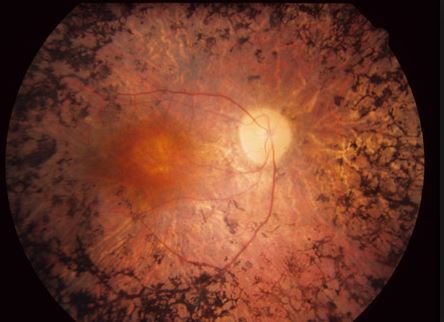