Get the Obamacare facts and solutions you need at CrackingObamacare.com.

Internet entrepreneur Adam Holland has launched CrackingObamacare.com, a website dedicated to sharing his 3-step system to beating Obamacare (aka- The Affordable Care Act). The website is dedicated to helping both uninsured Americans, and those who want more affordable care.

Online PR News – 14-February-2014 – Phoenix, AZ – Internet entrepreneur Adam Holland has launched CrackingObamacare.com, a website dedicated to sharing his 3-step system to beating Obamacare (aka- The Affordable Care Act). Holland is self-employed and does not have health insurance, and was shocked to find out that he would be taxed (as much as $2,095 per year by 2015) for choosing not to purchase insurance. He also found that family health insurance plans that were previously as low as $250 per month were now more than double that cost.

"My personal health costs are minimal," states Adam Holland. "I pay around $100-$150 per month out of pocket for chiropractor visits and therapeutic massages. Forcing me to pay $700 to $1200 for family coverage is ridiculous. Taxing me over $2,000 for not purchasing insurance is just insane."

Recognizing the dire need for both affordable insurance and lower tax penalties, Holland rigorously researched the controversial healthcare law and discovered a simple loophole that allows Americans to:

“I pay around $100-$150 per month out of pocket for chiropractor visits and therapeutic massages. Forcing me to pay $700 to $1200 for family coverage is ridiculous. Taxing me over $2000 for not purchasing insurance is just insane.”

1.) Potentially lower their healthcare premiums and qualify them for some or more government subsidies, while at the same time...
2.) Lowering their income taxes, and
3.) Allowing Americans to save more for retirement.

Adam Holland prepared an entire course he calls "The Cracking Obamacare System." It includes over 17,000 words, video tutorials, and is presented in a convenient online membership website.

"This course is for many types of Americans," explains Holland. "If you don't want to buy insurance, and you want to minimize your tax penalty - we show you how. If you can't find affordable insurance, we show you how you can minimize (or in some cases eliminate) your healthcare premium."

According to the U.S. Centers for Disease Control and Prevention, 14.6% of the population (more than 45 million Americans) don't have health insurance. Adam Holland has also stated that it is his goal to help at least 1 million of these uninsured Americans save at least $2,000 per year on their income tax to make up for this penalty. That would save Americans over $2 Billion in income tax per year.

"Many Americans feel bullied - and even robbed. 53 tax provisions expired this year. Healthcare costs are actually on the rise. And now we're being taxed for NOT purchasing health insurance. When will it end?"

Adam Holland urges Americans to use his Cracking Obamacare course to use legal and ethical means to detering these issues.

The full details are available at the CrackingObamacare.com website.

Also from CrackingObamacare.com and GRM, LLC 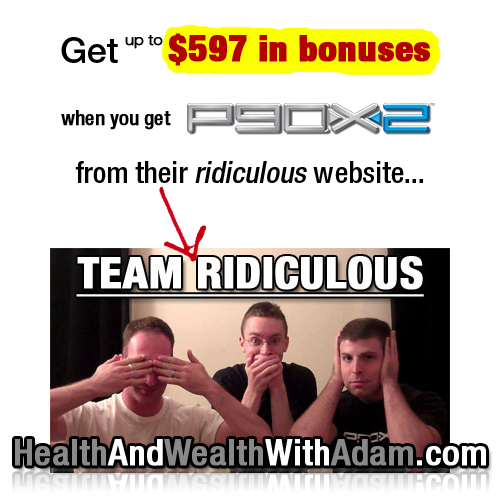 HealthAndWealthWithAdam.com Adds Bonuses To Launch Of Beachbo ...
visit our website