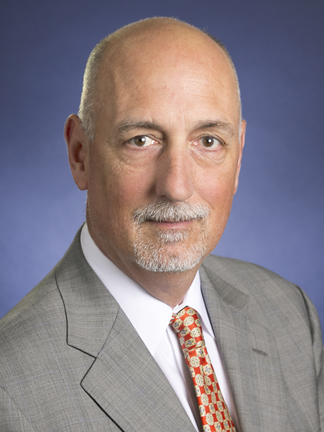 In a case that involved a young woman falling through a large floor-to-ceiling sliding window at an apartment complex owned by Spieker Companies, Mr. McMahon secured a $5.7 million settlement against Spieker Companies and their window contractor EPM.

Spieker had responded to the lawsuit by blaming the victim for the accident due to her blood alcohol level of .248 (three times over the legal limit.) Mr. McMahon argued that that a person is not necessarily negligent because they use alcohol especially in the privacy of their residence. "The law states that if people drink they must act as carefully as those who do not. In this case, the victim's fall was not caused by alcohol but rather by Spieker's negligence", said Mr. McMahon. As a result of the lawsuit, Spieker was forced to replace all upper story windows with a safer design and to comply with current code regulations regarding sill height.

In a case that involved a wrongly accused suspect, Mr. McMahon fought a six year battle against the San Jose Police Department which resulted in a published appellate decision on Constitutional law. The underlying criminal case caused the San Jose Police to change their policy of using counterfeit documents in interrogations. The District Attorney’s office is also reviewing its policy and the deputy district attorney who prosecuted the case was suspended from practicing law for her role in fabricating evidence to secure a conviction. McMahon settled the civil case for the wrongly accused suspect against the City of San Jose with the City agreeing to pay all reasonable attorneys’ fees which are claimed to be in excess of $2,000,000.00.

In the case of Sandoval v Pamma Trucking, Mr. McMahon secured a $1,000,000.00 policy limits settlement in a low speed rear-end accident with $2,500 in property damage to the truck in which Mr. Sandoval was a passenger. "Insurance companies have a long history of paying less than fair compensation to injury accident victims especially in minimal impact cases", said Mr. McMahon. "This case proves that with diligence these cases can be can be litigated successfully for the greater benefit of injured clients” Following the accident, Mr. Sandoval did not seek medical treatment for several weeks for his knee injury. An MRI showed an old pre-existing tear and degeneration instead of damage caused by the accident. The defendant’s attorneys claimed that an injury at such a low speed was impossible. Mr. McMahon was able to prove the accident caused Mr. Sandoval's injury though effective cross examination of the treating Workers' Comp. doctors and the Defense Medical Examiner (DME) who finally conceded a causal connection to the accident despite the lack of initial medical care and the minor nature of the collision.

About Corsiglia, McMahon & Allard
The San Jose, California personal injury law firm of Corsiglia, McMahon & Allard has a national reputation and a proven record of representing injured victims. The firm is included in the US News & Best Lawyers - "Best Law Firms" 2013-14 law firm rankings. All three of its name partners, Bradley Corsiglia, Timothy McMahon and Robert Allard, have been named as Top 100 Trial Lawyers by the National Trial Lawyers, designated as "Super Lawyers", and have been named as Santa Clara County Trial Lawyer of the Year.