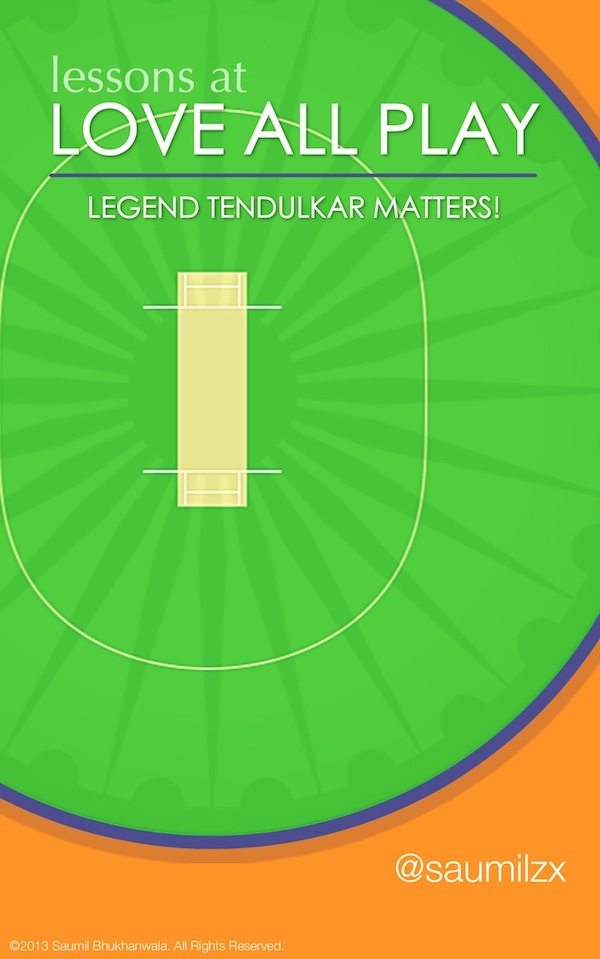 The Tendulkar ebook which matters!

Online PR News – 04-December-2013 – Mumbai, India – Lessons at Love All Play - Legend Tendulkar Matters! is a book about Indian Cricket Legend Sachin Tendulkar, and how he overcame various challenges, shouldering the hopes of a nation across two decades. It's about the lessons learnt along all the matters that arise, when an iconic player is the focus of glory and blame in a team game.

The metaphor of Love All Play has a three fold relevance:
- In context of sporting concepts and analysis: since Sports offers a level playing field, it is fundamentally different from real life scenarios. As a result, the way we analyse and define sporting concepts of winning, fighting, or playing when it matters, will also be different from popular notions.
- Love All Play is also, of course, the starting point of each match and tournament, which is a gift to sportspersons, as it all starts from scratch each time, reseting the past. But that brings uncertainty and pressure too, to perform and be tested again and again.
- In a broad sense of a career or the development of a team, a #loveAllPlayMoment indicates fresh new opportunities when the team is ready to compete globally on even terms.
Experience this #loveAllPlay with Tendulkar who has seen it all, over two decades of relentless competition.

For whom is this book:
For those who like sports, cricket and Tendulkar!

Insightful essays on Sports vs Life, which lead to explaining old concepts and defining new terms. Cross-sport quiz which help in understanding a sport by comparison. Examples of table tennis, tennis, cue-sports, chess, soccer, olympics finding their way into a cricket book to broaden our perspective on sport!

There is a new way to assess batting - based on manual inspection - without delving into complex formulas or even averages.

New hashtags for use in sports!
The concepts explored are defined with #tags for searching within the book and as a new set of sports tags for for twitter, social media or publishing sports ebook in the mobile era.

Tendulkar and Indian Cricket:
Re-live the golden era of Indian cricket from '2007-'11 with match summaries highlighting performances of various Indian legends. Tendulkar raised his game to align with Team India's #loveAllPlayMoment- that point when a team is well equipped and ready to compete with the world.Tendulkar achieved his third Test Grand Slam to help put Team India ahead of every other Test team. Finally, it all came together, as he went from a match winner to a tournament winner, yet again, to help India lift the World Cup 2011.

Tendulkar's rivalry with other legends- Lara, Ponting, Kallis and others is explored, along with other challenges related to fitness and the ever changing phases of modern cricket.

Cricket has many legends who have made the game richer in their own way. Find out achievements of Tendulkar, which matter and put him ahead of the rest. Tendulkar over the years evolved from a match winner to a tournament winner. As fans, it is impossible to gauge the effort that sportspersons put in, but at least we can put ourselves in the shoes of a legend, learn a bit more along the way, and enjoy a remarkable journey.

shotzx.com is an online resource which explores sports in a universal sense, since the basis of all sport is a level playing field. The competitive patterns vary, but we can learn from one sport and apply to another, 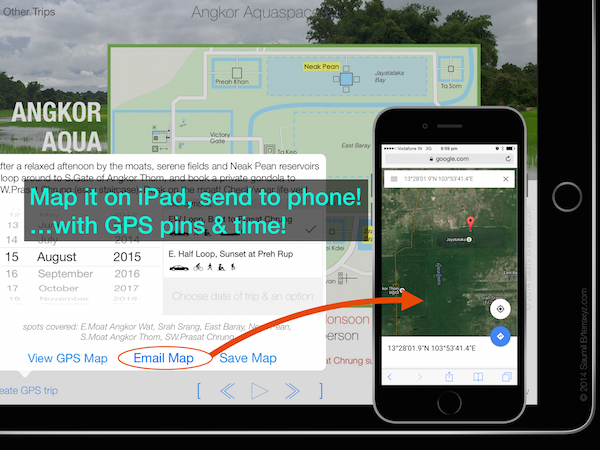