Fairy tales come true whenever Entangled Publishing is involved. The small publisher hit another milestone with its second movie deal. Operation Cinderella, book one in the Suddenly Cinderella romance series, will hit the big screen as a Twentieth Century Fox production. 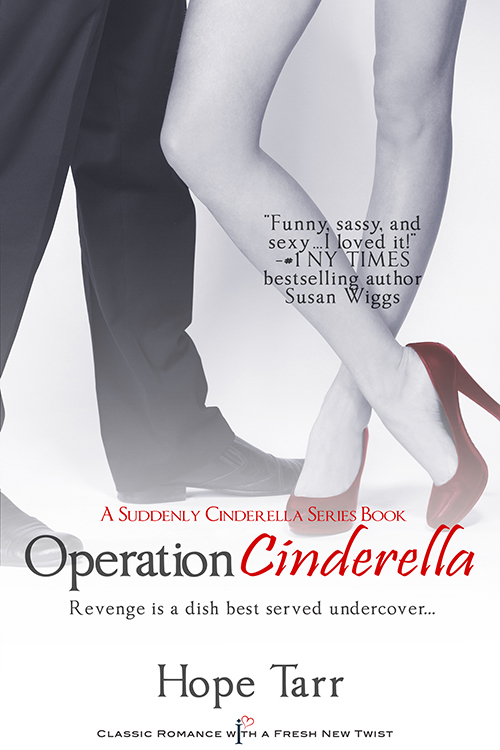 The deal, made by Brandy Rivers and Greg Pedicin at The Gersh Agency, is the second such book-to-film deal for Entangled. Obsidian, a blockbuster YA bestseller, sold to Sierra Affinity earlier this year. Operation Cinderella, the first in Hope Tarr’s Suddenly Cinderella series (The Cinderella Makeover released in March of 2013; The Cinderella Seduction, the final installment in the contemporary romance series, released this week on November 11, 2013), is the story of magazine editor Macie Graham, her masquerade as a modern-day Cinderella, and the infuriating Texan she’s seeking revenge against. When Macie uncovers a secret that could destroy Ross's reputation, she faces losing her job or losing the fairy-tale ending she didn't even know she wanted.

“Seeing Operation Cinderella come to the big screen as a FOX film production has me feeling like Cinderella indeed.”

"The story is very much Cinderella meets Sex and the City. I wrote it, and the other Suddenly Cinderella Series books, to bring that magical fairy-tale feeling of first love and endless possibilities to a contemporary, urban setting,” Hope says.

The story puts a contemporary twist on the classic fairy tale, making it fresh for a whole new audience. “A goth girl as Cinderella, a conservative media personality as Prince Charming, and a penthouse apartment in Washington, DC, as the Castle in the Clouds. It was something special from the beginning,” says Stacy Abrams, the senior editor who acquired the project for Entangled’s Indulgence contemporary romance imprint. “Hope has put a unique spin on the classic story, making it fresh and accessible to women who still believe in a happily ever after.”

Alethea Spiridon Hopson, Editorial Director of Indulgence Books, couldn’t agree more. “Operation Cinderella is going to be spectacular on the big screen,” she says. “The chemistry is spot on, and Macie and Ross are big characters who will entertain moviegoers as much as they have readers.”

The project, brought in at Davis Entertainment by Ira Napoliello, will be produced by John Davis. Entangled publisher, Liz Pelletier, will executive produce the project.