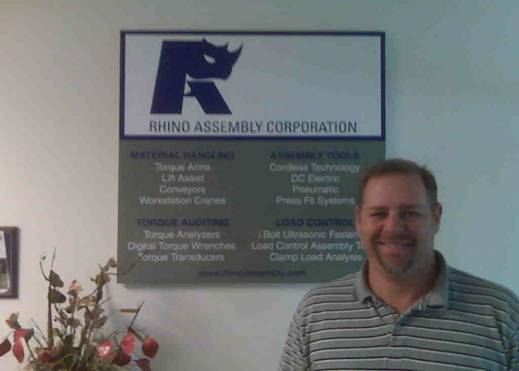 Upon leaving Zimmerman Mr. Rogers has spent the last five years at Stanley Assembly Technologies as the North American Sales Manager for the Cobotics Intelligent Lift Assist Devices. RhinoAssembly.com is confident enough that Mr. Rogers' knowledge and experience will further elevate their total commitment to customer service and satisfaction in the area of Material Handling. "I am looking forward to my future with Rhino Assembly. Every year they make sure they stand out in our industry. I am proud to now be able to contribute to their ever increasing emergence into plants all over the southeast." said mr. Mike Rogers.