Aarkstore announce a new report "The Future of the South Eastern Europe Natural Gas Market" through its vast collection of market reserach report.

Declining indigenous supply combined with post-recessionary demand recovery mean that Europe's gas market has reached an important tipping point. Central to this is a need to diversify existing supply sources. South Eastern Europe is emerging as an important new transit route for Central Asian and North African gas, as well as a major demand hub in its own right.

*Insight on likely future supply dynamics in the European gas market set against a backdrop of demand recovery and diversifying supply sources.

*A benchmarking of the state of readiness in different markets for impending changes to supply/demand patterns.

*An overview of which markets are likely to increase their dominance and relative importance in the European gas sphere.

European gas consumption is reaching maximum production capacity. It's 8% buffer of supply over demand is not sufficient to ensure continued security of supply, particularly given that demand will rise as post-recessionary economic growth gains ground.

South East Europe is one of the largest sources of untapped natural gas in Europe. However, infrastructure is often insufficient to exploit this.
Fortunately, many of these countries have shown strong economic growth in the last 10 years and, in many cases, have recognized that weak infrastructure is the primary factor limiting further growth.

Western Europe cannot rely on Russia for its natural gas if it intends to weather future price spikes or gas shortages. Gazprom is currently facing the challenges of Qatari LNG arriving in Europe and US shale gas collapsing the price of gas. It will face further problems when Russian production fails to meet demand growth.

*Understand the growing role of South East Europe as both a gas supply route and as a new investment zone.

*Analyse the impact of the range of planned, possible and confirmed pipeline projects in the region.

*Formulate a strategic response to changing gas supply routes and understand the new demand led dynamics this will create. 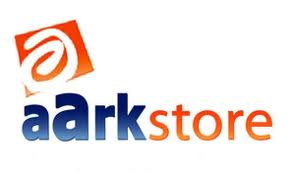