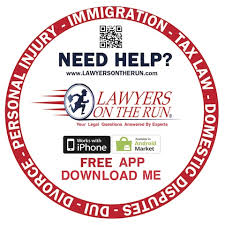 Online PR News – 02-June-2013 – 1 June 2013, Fort Lauderdale, Florida – Habla español? Un poco? Has Spanish become the premier language of the South? In States like Texas and Florida, the Spanish language has become a major part of its economy and their state-wide success. Spanish has become the second most spoken language in America, and due to the major influx of immigrants in the last decade, most have now called Texas their primary residence. This unique stat explains the reason there is such a major push for services and a better educational system that supports not only English speakers of other languages, but other minorities as well. But yet, with Hispanics claiming the ten most major states in America, the urgency of assistance is still lagging in areas of education and entrepreneurship.

Local officials are making moves to raise the standards for first year teachers, and making it more difficult to maintain a teacher’s certification. But, no one has done anything staggering in regards to how local businesses can restructure to benefit the minority who needs a system that caters to them.

Unfortunately, Hispanic groups remain the minority, even in Spanish markets that build up special programs as an investment ploy that result in adverse effects on the same people the program was designed for. The Hispanic population has become too vast, market gurus are finding it difficult to focus on the Hispanic group as a whole, due to variances in demographics.

New Immigrants are facing a much bigger economic dilemma when vying for the most competitive salaries compared to those who had arrived 10 years prior. American-born Hispanics have the advantage and knowledge and know-how of the job market, because they have worked with their American counterparts so their knowledge is fresh and vast. But, American companies aren’t fully committed to the Spanish market, therefore, inconsistency has predetermined the outcome of the Spanish markets; a new leadership within the Hispanic community is needed for the change that will benefit all minorities.

“Luis saw the benefit and how the business plan could change the lives of millions. I think it took him a minute to understand the complexity of it…but he liked the legal aspect of it most. It’s a system that had already catered mostly to American-English speakers so I told him to just introduce it to the Spanish community and see how it goes”

“A business plan that doesn’t contribute to the needs of ALL people will ultimately fail,” remarks Luis A Gonzalez of L.A. Gonzalez Law Offices, which is based out of Orlando, Florida. Luis met up with the National Marketing Director of Lawyers On The Run Christina Caldwell, and a business relationship developed immediately.

“Luis saw the benefit and how the business plan could change the lives of millions. I think it took him a minute to understand the complexity of it…but he liked the legal aspect of it most. It’s a system that had already catered mostly to American-English speakers, so I told him to just introduce it to the Spanish community and see how it goes, “said Caldwell.

“In the Spanish community you have many who don’t understand law and how it is set up. By me introducing an American Company, Lawyers On The Run LLC, to the Spanish community, I will be able to communicate the law in their own language that they trust and understand. Many of the immigrants who come here only speak one language, and LOTR will be there for all their legal needs,” Luis said.

Both sides are feeling the pressure of understanding law, Immigrants and American-born Hispanics. When any member joins LOTR they will be provided with an app that can be placed on the face of any IPhone or Android for quick an immediate service.

Lawyers On The Run app designers provide a system for all members that keeps any member in contact with any lawyer under every legal category. Lawyers On The Run, markets small business services like local Chiropractors and Personal injury Law, they are able promote unique apps on their own company website and promote their own service via some of the more popular cellular devices.

“We really want to provide consumers with a valuable gateway that features only the best local business services in their area. Lawyers On The Run mobile SmartPhone app features the best Chiropractors and Personal injury lawyer in the US,” said Christina Caldwell.
Caldwell said only one Chiropractor per city will be selected and the cities are being take fast.

Their website and mobile app provides services throughout America and is looking for the very best to add to their growing network.

About LawyersOnTheRun.com
LaywersOnTheRun.com is the first network of elite mobile lawyers and chiropractors in the world. A revolutionary website and mobile application, the network connects consumers with legal questions directly and instantly with exclusively selected lawyers. The site helps users get their legal questions answered fast while facilitating for lawyers connections with potential clients. Learn more at www.LawyersOnTheRun.com

Also from Lawyers On The Run 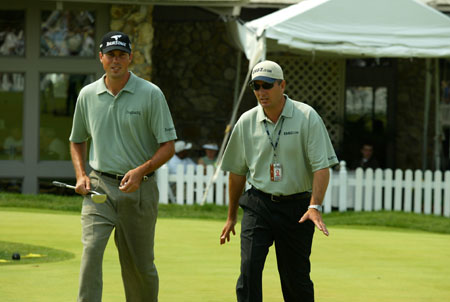 Lawyers On The Run Ensures Access To Legal Needs, Demonstrate ...

Lawyers On The Run Adds Chiropractors To Its Growing Mobile G ...
visit our website