Award Was Presented at the Conclusion of
League Track & Field Finals on May 2nd.

Online PR News – 23-May-2013 – San Pedro, California – Rolling Hills Prep and Renaissance School Senior Grady Mitchell was presented with the First Annual Coach Cohen Award at the Track & Field Finals at West LA College last Friday. The award was established by the Coastal League in honor of George Emerson Cohen, who held several world records in track and once served as the Coastal League Director. Coach Cohen was the Head Track & Field Coach at Renaissance School and Rolling Hills Preparatory School for the last three years before he passed away unexpectedly last December.

Mitchell was presented with the award because of his outstanding attitude, sportsmanship and dedication to his sport. “Coach Cohen was a special man who believed in living life to its fullest, and Grady has reflected this in his dedication to the sport,” said RHP and Renaissance Track and Field Coach Mo. “He’s always the first to show up to practice, he never complains, and always gives it everything he’s got. The league unanimously decided that Grady should be the recipient of this award.”

Mitchell ran the 300 meter hurdles, the 400 and the 800. He will graduate in June and has plans to attend Cal State San Marcos in September.

“I’m pleased that my effort was recognized,” said Mitchell. “I was not the fastest runner on the track, but do think I was the most dedicated. I accept this award to honor my former and current coaches.”

May 3rd of this year represents the first time the annual “Coach Cohen,” award was distributed. Cohen’s wife Nona had the honor of presenting the award. RHP and Renaissance are pleased that the first installation of this league-wide award was given to a Renaissance School student that practiced under Coach Cohen.

Independently owned businesses to be featured in Shop Local C ... 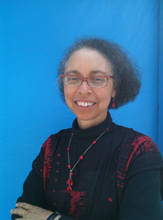