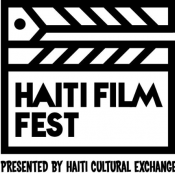 Haiti Cultural Exchange (HCX), a New York-based non-profit organization that develops, presents and promotes the cultural expressions of the Haitian people, announced today that its second annual Haiti Film Fest will be returning on May 9-12, 2013 in New York City. Dedicated to supporting films about Haiti’s Diaspora, as well as films from the beginning of Haiti’s presence on-screen, the HCX Haiti Film Fest 2013 will be held at St. Francis College in Brooklyn, New York. Opening Night, Thursday, May 9 at East Village venue, DROM, will celebrate Haitian film, music and culture with a special performance by singer Emeline Michel.

The weekend festival will present two days of multiple film screenings offered free of charge to the general public on Saturday, May 11 and Sunday, May 12 from 12:00 p.m. to 9:00 p.m. This year, the HCX Film Fest will feature provocative and innovative storytelling via narrative films, documentaries, feature-length projects and short films that depict the diversity, depth and vibrant spirit of contemporary Haitian cinema. The 2011 inaugural HCX Film Fest was hailed as a premier forum and attracted over 500 festival goers, including movie lovers, seasoned directors, producers, actors, screenwriters and emerging student filmmakers from Haiti.

"Through our annual Haiti Film Festival, we seek to enrich the cultural landscape of New York City by presenting and promoting a wide array of inspiring films and masterful filmmakers," said Régine M. Roumain, executive director, Haiti Cultural Exchange. "We are proud to shine a spotlight on Haitian cinema to a broader audience as part of our continued commitment to supporting the arts and education programs in our community."

“We are proud to shine a spotlight on Haitian cinema to a broader audience as part of our continued commitment to supporting the arts and education programs in our community.”

This year’s HCX Haiti Film Fest will launch on the evening of Thursday, May 9 with an exclusive Opening Night Reception. The festive affair will feature screenings of select short films and a special performance by Emeline Michel. As the reigning "Queen of Haitian song," Michel has captivated worldwide audiences for over 20 years, and is considered one of the most talented Haitian songwriters and versatile vocalists of her generation.

Haiti Cultural Exchange has assembled a distinguished team of film aficionados from across the Haitian movie industry to help shape and guide this year's festival programming, led by Co-Chairs David Belle and Michèle Stephenson.

Commenting on his role as Co-Chair, Belle noted, “From Jacmel to Brooklyn and from one community organization to another, on behalf of everyone at Cine Institute, I am honored to be a part of Haiti Cultural Exchange's excellent and important work to share Haitian films with New York audiences.”

Stephenson is a Haitian-American documentary filmmaker who has received numerous awards and honors for her work. She co-founded The Rada Film Group in 1992 with a mission to create compelling stories about multicultural communities. Most recently, Stephenson co-directed and co-produced the critically acclaimed film “American Promise” that premiered at the 2013 Sundance Film Festival and also won the Special Jury Award.

"I am so delighted to be supporting Haiti Cultural Exchange's Film Festival because it provides New York City with the rare opportunity to see stories of the Haitian community in all their complexity and depth," stated Stephenson. "The Haiti Cultural Exchange Film Festival brings the power of visual storytelling to stimulate conversations and challenge perceptions to New York audiences, and I am proud to be part of that effort."

Roumain, Belle and Stephenson will review this year’s film submissions and make the final selections. The official HCX Film Fest line-up of free screenings and intimate discussions with select filmmakers will be announced in early April. The festival is made possible in part thanks to public funds from the Decentralization Program of the New York State Council on the Arts, administered by Brooklyn Arts Council.

ABOUT HAITI CULTURAL EXCHANGE:
Haiti Cultural Exchange (HCX) was founded in 2009 to develop, present and promote the cultural expressions of the Haitian people. HCX seeks to raise awareness of social issues and foster cultural understanding and appreciation through programs in the arts, education and public affairs. For more information, please visit www.haiticulturalx.org and follow Haiti Cultural Exchange on Facebook and Twitter.

Tourists Discover Haiti Through The Eyes Of My Haiti Travels ... 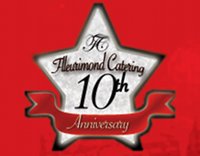