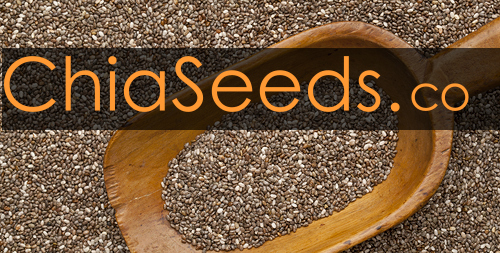 In August of 2012 chia seeds were suddenly out of stock due to a shortage caused by poor weather and demand. The demand continues to increase due to the health benefits and nutrition of chia seeds. Amino acids, fiber and protein are just the beginning.

Online PR News – 11-March-2013 – Seattle, WA – In the midst of super food popularity, tiny seeds have emerged into the health food market known as chia seeds. Not only have they been added into many different health products they have also been used to create their own energy bars, cereals and beverages.

With more people being aware of natural health and what they eat ChiaSeeds.co supplies a wealth information on the health benefits of chia seeds, what they can do and how they can be used. Since these seeds can be made into a variety of different foods you can also find chia seeds recipes that are made available on the site.

Back in August of 2012 the world saw a unprecedented chia seed shortage. This was due to combined bad weather and a drastic increase in the demand. The popularity of chia seeds has exploded over the past year and is continuing to rise. They have already surpassed the popularity of many other super foods.

Why chia seeds are so beneficial:
• Unlike flax seeds, chia does not have a hard shell and allows water to easily be absorbed. This increases the ability to absorb the nutrients.
• They have an incredibly high fiber, protein, potassium, iron and calcium profile.
• The fiber and gel created from the seeds benefits digestion.
• Have been known to naturally decrease cholesterol levels.
• Improves heart and brain health.
• Contains 17 out of the 21 available amino acids.
• They can last for up to 2+ years when stored.
• Can be included in virtually any recipe.
• High in Omega 3 Fatty Acids.

Omega 3 fatty acids keep the heart healthy by reducing cholesterol and reducing things like heart disease. Chia seeds are very high in omega 3 at 19 grams per 100 grams of seeds. This isn't as high as fish but for a seed this is extraordinarily high. The same fatty acids are known to increase brain function and health.

For a seed that has been used for thousands of years as food with such a lengthy list of benefits, it is no wonder as to why South American cultures use them. The name originally comes from the Mayans who were known for being exceptionally strong. Chia seeds were carried by runners and used as a lightweight energy food to keep them going during message deliveries.

Many people who have high cholesterol and joint problems have experienced positive chia seeds benefits. The seeds themselves are very low in carbohydrates, have zero cholesterol and contain no sodium.

The amino acid list for the seeds are also very extensive. There are only 21 amino acids on the planet. 17 of them are contained in chia seeds, including all 8 of the essential ones. It is rare for any food to contain so many. Amino acids are important because they are the building blocks of life and they are used by our bodies to make new proteins and rebuild critical parts of the body that degenerate.

Antioxidants over the past few years have gained a lot of attention since the discovery of how important they are to the function of body cells.

Because of the high nutrient profile it makes a good argument on whether it should be included in the list for super foods. For all of those who have gluten allergies… chia seeds are a gluten free whole grain.

There are many chia seed recipes made available and are very easy to make. From yogurts, desserts to tortillas and energy bars there are a lot of delicious foods that can be made from them.

Over the next few years we expect chia seeds rise to one of the most powerful super foods in the market and become a key competitor in the health food industry.