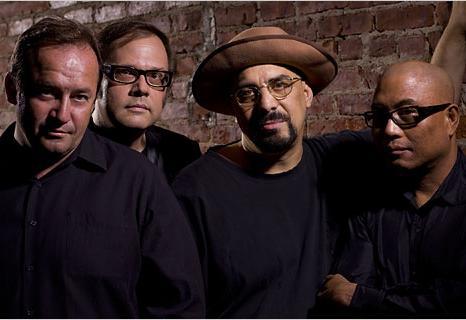 The Smithereens (photo by John Emerson)

The team at International Beatles Freak Day (I-BFD) is excited to announce that they have chosen The Smithereens as their Artist of the Month because of their outstanding enthusiasm and passion in keeping alive the music of the Beatles.

Online PR News – 13-July-2009 – – New Jersey based veteran rockers; The Smithereens have been named Artist of the Month by the International Beatles Freak Day organization for July 2009. The band’s release of ‘Meet the Smithereens’ (a song-by-song cover of ‘Meet the Beatles’) and ‘B-Sides The Beatles’ (covers of Beatles B-sides) show that this band, known in the 80’s for it’s underground following, can embrace the music of their youth while still maintaining their identity.

“I’m delighted that The Smithereens were chosen to be the I-BFD artist of the month!” said Dennis Diken. “The Beatles set the template for all rock’n’roll bands that followed and we still take inspiration from them every time we take the stage or enter a recording studio. Thanks for the honor!”

The Smithereens recently release their own version of The Who’s Tommy to rave reviews. They will be releasing a new original album later this year. Dennis Diken is releasing his first solo album on September 29th and Jim Babjak and a painting he did of the Fab Four are featured in the current issue (#32) of Weird NJ magazine.

For more information about The Smithereens, go to: www.OfficialSmithereens.com or visit them on MySpace at www.myspace.com/officialsmithereens or follow them on Twitter @TheSmithereens.