Eight years, over a million dollars spent, and still no mooring field. A long ago vision of our city and residents was a managed mooring field which would eliminate the issues we have come to see all too frequently on our Bayfront. Boats washing ashore, boats sinking, and constant pollution of our bay and inland waters, along with regular damage to a local marina and its customers and residents’ property.

Online PR News – 06-April-2010 – – Sarasota Marketing Consultants - Eight years, over a million dollars spent, and still no mooring field. A long ago vision of our city and residents was a managed mooring field which would eliminate the issues we have come to see all too frequently on our Bay-front. Boats washing ashore, boats sinking, and constant pollution of our bay and inland waters, along with regular damage to a local marina and its customers and residents’ property.

The basis for a managed and controlled mooring facility for the city of Sarasota are abundant: constant environmental and property damage at a cost to taxpayers, no accountability for the damage as many vessels are not registered or insured, and the dumping of sewage and other hazardous materials into the local waters.

As a solution The City of Sarasota applied for and received a 'No Fee' Submerged Land Lease from the State of Florida for approximately 99 acres of submerged bay bottom to build a mooring field. In return Sarasota agreed to provide essential amenities* which Marina Jack has built and will make available for no profit. The process to this point was extensive and fully vetted by some reluctant commissioners and citizens to ensure transparency, budgets and audits, and complete City control.

The construction portion of the project is funded by public grants which equate to little money out of the City Budget. However, The City does pay for engineering and outside professional services so the longer the project takes to complete, the more money the City spends that is not grant eligible. Additionally, the field will be financially self sufficient thanks to Marina Jack subsidizing much of the infrastructure and costs needed to comply and operate the facility. Furthermore, Marina Jack has voluntarily run a public Pump out Service for no fee which has collected over 7300 gallons of sewage in an 11 month period from an area which previously had no other means of sewage collection. Yes, this sewage was washing up on the shores of many properties west of the trail.

In all, the project was finally pointed in the right direction and construction began. After some construction issues the initial contractor was declared in default and the project sits idle as legal issues loom. Concurrently grants potentially expire and the project is at a make or break point if not completed by fall of 2010 and we will be back to facing the same problems we have faced in the past.

Roy Hunter, who has a boat docked at Marina Jack stated: "Much time, effort, and over a million dollars have been spent trying to develop the mooring field and it would be a shame for the project to fail on the final step of implementation. There are six other public mooring fields in Florida which are successful at turning a profit for their communities and role models for what Sarasota could offer."

In addition to the environmental and safety issues, the field would further promote our city as a Marine Destination and offer an affordable alternative to more expensive, traditional marinas. The project needs a push by our Commission to get a qualified contractor to complete the project and cease the hemorrhaging of money in a time when it could be used in other areas. The people of Sarasota have elected officials whom should be managing this issue and producing better results for our community if only they would stop dropping the ball. 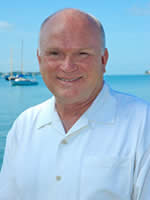 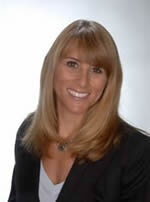