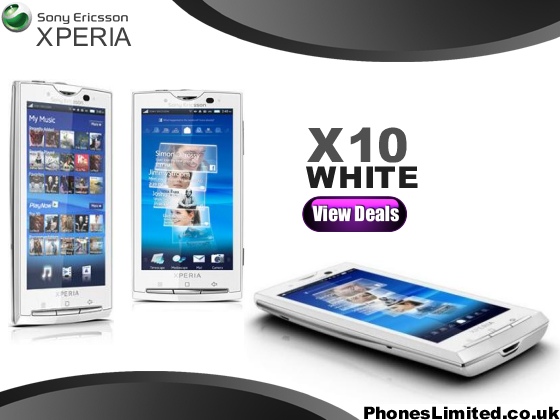 A new white edition of the Sony Ericsson Xperia X10 has now been added to the Phones Limited price comparison website, this Orange exclusive Android phone joins the original black edition X10 from the Xperia range.

Online PR News – 06-April-2010 – – A new white edition of the Sony Ericsson Xperia X10 has now been made available as an exclusive mobile phone to the Orange mobile network. The new Sony Ericsson X10 White edition takes all of the high specification features from the original black model and encases them in a cool white exterior housing.

This new device is powered by a powerful 1GHz processor making for quick application load times and menu navigation, there are a handful of handsets currently available with this similar, industry leading technology, these include the HTC Desire, Google Nexus One (manufactured by HTC for Google) and the Acer neoTouch F1.

The Xperia range continues to expand with announcements from the manufacturer for the new Sony Ericsson X10 Mini and X10 Mini Pro, these new handsets feature nearly all of the same features as the original X10 model but pack them into smaller housings with a more pocket friendly 3.2 inch touch screen.

The Android phone market has exploded over recent weeks with releases from many of the major manufacturers, some competing phones include the aforementioned HTC Desire and Nexus One but also Samsung have released their Samsung Galaxy Portal handset with slightly less specifications making for a more affordable phone whilst LG have launched the LG GW620 which incorporates a slide out keyboard.

One of the most renowned Android handsets has to be the Motorola Milestone which also offers a physical Qwerty keyboard but cannot quite compete in terms of processor speed.

The White Sony Ericsson Xperia X10 has been launched as an Orange exclusive handset and will continue to be only sold on Orange for this limited time period, this usually last for between one and three months after which other network operators will be able to offer this new model. 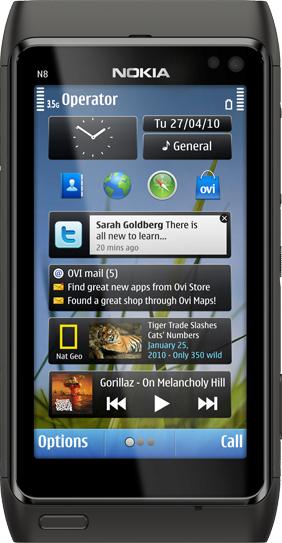 Nokia N8 Gets a Black Makeover