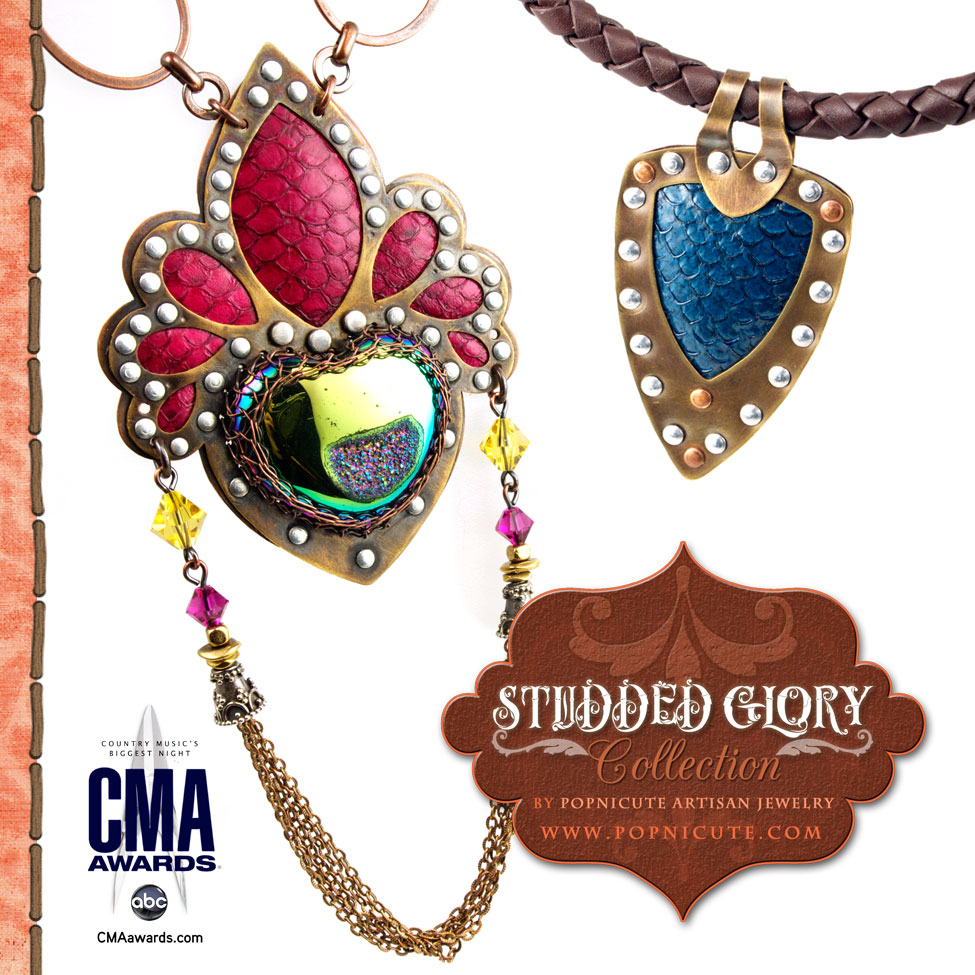 Popnicute's western inspired collections will be showcased on display and gifted at The Artisan Group's exhibit, in the official celebrity gift lounge in honor of The 46th Annual CMA Awards on October 29 - November 1, 2012 at the Bridgestone Arena in Nashville, Tennessee.

Online PR News – 26-October-2012 – Quincy, IL – Once again Popnicute Artisan Jewelry (http://www.popnicute.com) is heading to a big award show represented by The Artisan Group. She will participate in the official celebrity gift lounge in honor of the 46th Annual CMA Awards on October 29 - November 1, 2012 at the Bridgestone Arena in Nashville, Tennessee. 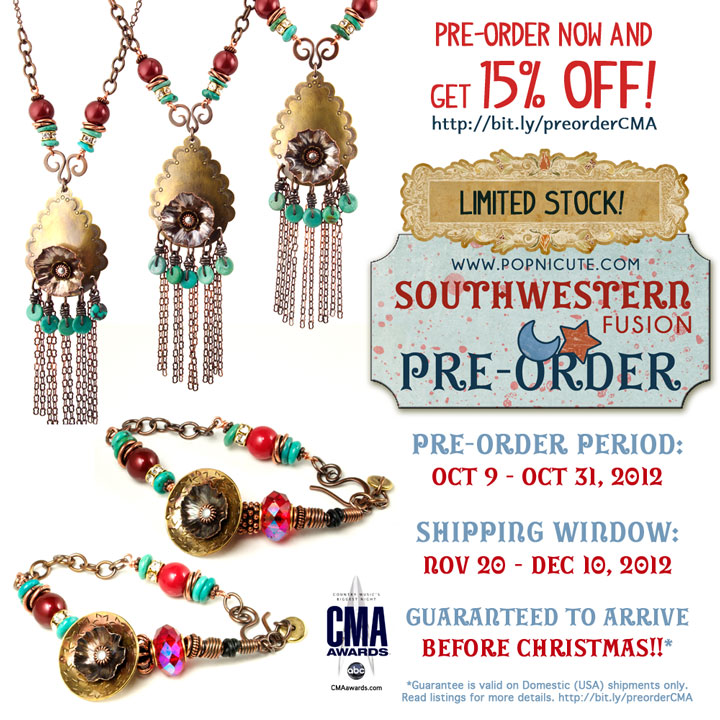 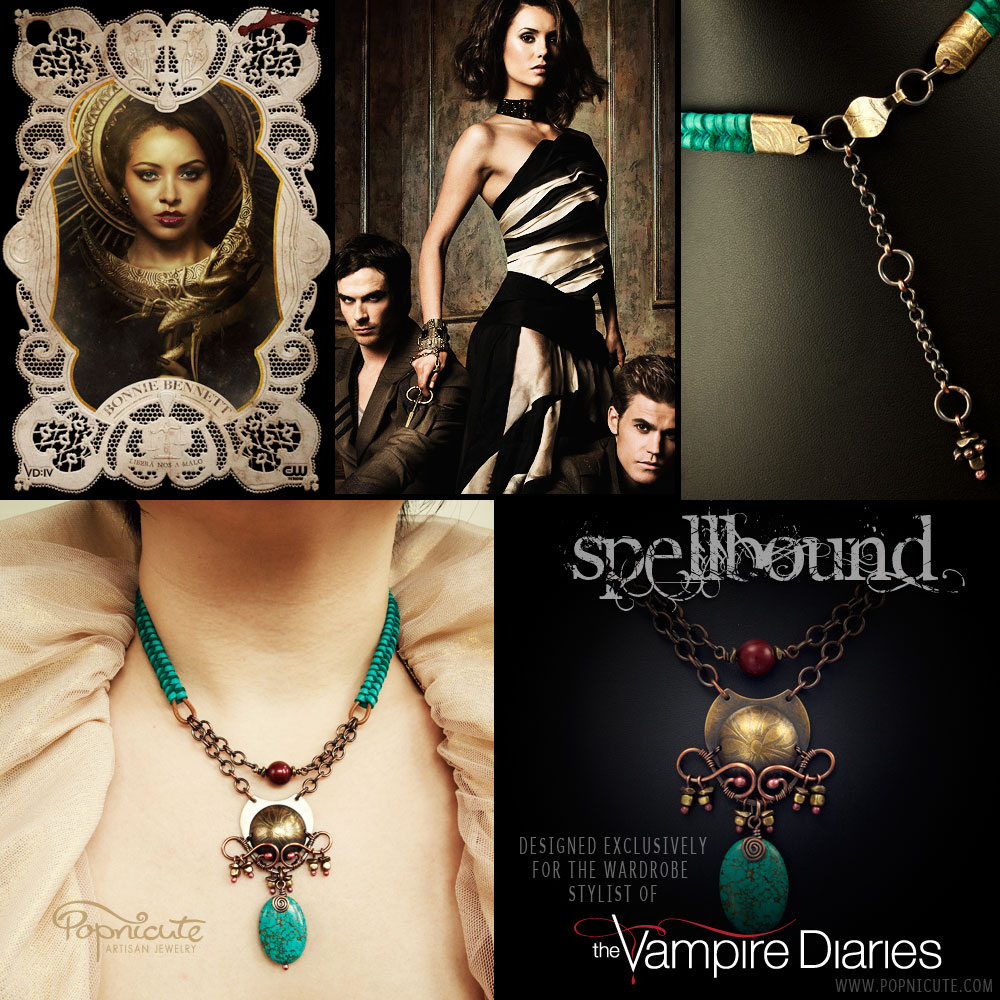 Two necklaces from the Studded Glory Collection will be showcased on display at The Artisan Group's exhibit, and two styles of the Southwestern Fusion Collection will be gifted to the biggest names in Country Music backstage at the CMA Awards. This event will also be attended by over 25 media and press outlets. As the names suggest, both collections are western inspired, combining genuine leather, salmon skin, crystals, and Turquoise. Fall color trend 2012, oxblood red, is used to add a pop of color. Together with Turquoise, it creates a beautiful timeless combination that will match many outfits all year long. After hearing that her product submissions were approved by the CMA Awards officials, Kharisma, the owner/designer of Popnicute, had to carefully plan her agenda; with most of the components handmade by herself, she didn't have much time to rest.

To celebrate her participation on Country Music's Biggest Night™, Magpie Gemstones, a Texas based bead store, gladly teamed up with Kharisma for the second time to provide her with beautiful genuine Turquoise and copper findings to be used in her new collection. These beads were flown in from San Marcos, TX to Kharisma's home studio in Quincy, IL. She chose a Turquoise and Coral combination for their tight correlation with western culture and the Southwestern Fusion Collection was born. There's nothing stopping Kharisma from making jewelry. She keeps pushing boundaries and challenging herself to create another authentic Popnicute original. She likes creating pieces that not only will the wearer enjoy but also those who see them.

In June 2012, Popnicute participated at GBK's luxury gift lounge in honor of 2012 MTV Music Awards. To add to Popnicute's extensive portfolio, Kharisma has recently sent the "Spellbound" and "Rockstar" necklaces to the stylists of the hit TV shows The Vampire Diaries and Pretty Little Liars and is currently waiting to hear if they will be worn on the latest seasons. Popnicute jewelry has also been gifted to Hollywood starlets such as Drew Barrymore and Vanessa Lachey. Allison Holker, finalist of So You Think You Can Dance, was spotted wearing a Popnicute slave bracelet on her wrist not long ago.

ABOUT THE ARTISAN GROUP
The Artisan Group (http://www.theartisangroup.org) is an elite art promotions group representing talented small-business artisans at the best celebrity gift lounges. The organization provides a collective sampling of handcrafted products to celebrities and members of the press at top luxury gift lounges such as those leading up to The Academy Awards, The Golden Globes, The MTV Movie Awards and The Primetime Emmys. Membership in The Artisan Group is juried and by invitation only. The Artisan Group also offers its members guidance in the areas of sales, marketing, social media and public relations.

ABOUT POPNICUTE AND KHARISMA R. SOMMERS

Kharisma Ryantori Sommers is a skilled, self-taught jewelry designer with a degree in Visual Communication and the sole proprietor of Popnicute. Her upbringing in Indonesia with both Eastern and Western cultural influences find creative expression through the medium of wire and metal sheet, creating a unique ethnic but modern sensibility that appeal to buyers around the world. In 2011, Popnicute was named Favorite Handmade Jewelry Artisan in About.com's Reader's Choice Awards and her artwork was featured in Wire Art Magazine.

To learn more about Popnicute and our products, or our participation in The 46th Annual CMA Awards, visit http://www.popnicute.com, call 1-217-316-5351, or email popnicute@gmail.com. 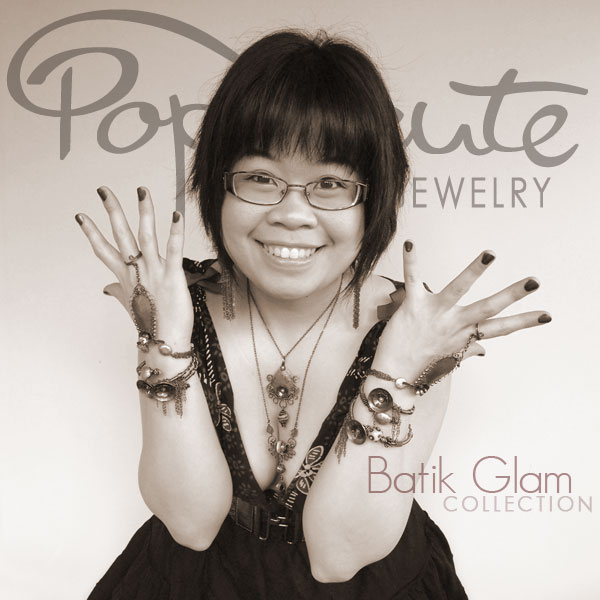