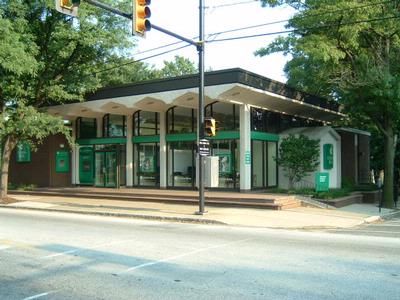 Online PR News – 10-May-2012 – Media, PA – Commercial real estate agent Jeff Dowd has recently completed his 50th transaction involving commercial properties in Media, Pennsylvania for the past decade. This far surpasses any other commercial real agent/broker in Media and puts Dowd among the elite commercial agents in the entire Pennsylvania and Delaware regions.

"I am delighted to have the opportunity to serve so many businesses in the Media area over the past 10 years," Dowd says. "And I'm thankful that so many have expressed confidence in my ability to leverage my experience in the business to get them the best prices and terms on their properties."

Dowd brings a wealth of experience to the table-nearly 12 years in the industry. And in that time, he has dealt with every type of commercial real estate property, from strip malls to industrial complexes to office buildings to just vacant land. He's not only a top commercial real estate agent, he's also helped many businesses get the best leasing terms with his proprietary tenant representation service.

In the past decade, Dowd has sold or leased several well-known properties in the area. Some of his most notable leased Media, PA commercial properties over the past 10 years include:

Among Dowd's more notable commercial property sales in Media, PA over the past decade are:

In 2011 alone, Dowd handled several important transactions in the area. Some of Dowd's 2011 sold/leased commercial properties Media, PA include:

Top commercial real estate (Associate) Broker Jeff Dowd has handled a remarkable number of area transactions, especially considering the buyer's market we’ve been experiencing for both commercial and residential properties the past five years. Dowd employs all the traditional marketing techniques that other brokers use, but he believes that what really sets him apart is good old fashioned hard work.

"Virtually everyone in the business is trained on all the 'latest and greatest' marketing techniques, but at the end of the day, there's no substitute for hard work," Dowd continues. "I have the experience and expertise to handle every type of commercial transaction, but what really makes the difference is I’m available to my clients all the time. I never stop working for them, and the results I’ve achieved speak for themselves."

About Jeff Dowd Commercial Real Estate Agent Media PA:
Jeff Dowd is a Delaware County commercial real estate associate broker with almost 12 years in the business. Jeff currently serves as senior salesperson and Associate Broker for Zommick McMahon Commercial Real Estate, one of the top names in the industry, serving the area since 1949. During Jeff's career, he has handled numerous multi-million dollar transactions for big name clients, and has been involved in virtually every aspect of the commercial properties market.