May Pang, Sid Bernstein and Friends Gather To Celebrate ‘The Beatles by Shannon’
06/10/2009 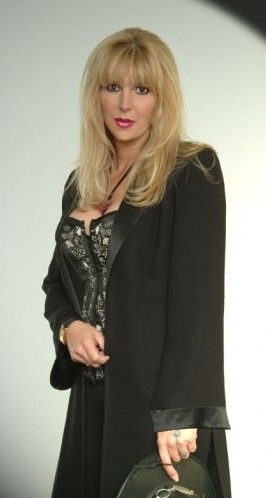 Celebrities will come together this Thursday night, June 11, at the New Jersey Performing Arts Center to unveil artwork by The World’s Greatest Beatles Artist-Shannon. The invitation-only VIP Gallery Reception is expected to be the talk of the town.

Online PR News – 10-June-2009 – – New Jersey Performing Arts Center will be all a buzz as celebrities and Beatles fans gather to witness the unveiling of eight works of art by Beatles-artist Shannon. These eight paintings are replicas of the eight paintings Shannon created that adorn the outside of the Hard Days Night Hotel in Liverpool.

Celebrities will be ceremonially unveiling each painting for the crowd of family, friends, fans and the media on Thursday, June 11, 2009 at 7 pm in the Prudential Hall Lobby of the New Jersey Performing Arts Center in Newark, NJ.

Among the unveilers are: May Pang - John Lennon’s girlfriend and author of the new book, “Instamatic Karma”; Sid Bernstein - Legendary music producer and promoter responsible for bringing the Beatles to America and organized The Beatles' concert at Shea Stadium; Dennis Diken –Drummer for the NJ rock & roll band The Smithereens, who recently released ‘Meet The Smithereens!’, a tribute to the Beatles’ first US LP; Dennis Ferrante - Grammy award winning recording engineer. Worked on Lennon's albums from Imagine thru Rock n Roll; Mark Weiss - Legendary Rock photographer Mark Weiss and owner of WEISSGUY gallery; Shaun Weiss - The only living person to have attended the Beatles' first live appearance on The Ed Sullivan Show, their first Shea Stadium concert and the famous the Beatles rooftop concert and he was a go-fer for the Fab Four in London from 1969-1970.

During the two hour reception, Shannon will have her easel and painting supplies at the ready for a painting demonstration for her VIP guests.

For more information on Shannon, go to: www.TheShannonGallery.com or Grace@theshannongallery.com or by phone: 310-739-4930.