Online PR News – 03-January-2012 – – LIBERTY LAKE, Wash. – Gravity Jack, a leader in augmented reality software development who, last month, debuted its full-fledged mobile application “browsAR,” has announced today that it is now unleashing its powerful technology to the public. Augmented reality (AR) is the use of a device (like a smartphone or tablet with a camera) to view a live scene, while incorporating digital media content, video, 3D animations and more, in real time.

Due to its ability to read any image like a marker, and instantly display interactive content, augmented reality has recently jumped to the main stage of consumer and marketing strategies. Until this point, augmented reality has only been readily available to software developers, able to create and program the technology, themselves. With the release of browsAR, followed promptly by today’s announcement, Gravity Jack has swiftly removed the walls separating augmented reality and the “real world.”

"We're reintroducing the handshake to business. With augmented reality, we are giving back full control of how the public perceives you and your company," said Nick Pintler, Gravity Jack Director of Business Development.

Ranging from business cards, to corporate logos, Gravity Jack now offers the full strength of augmented reality and its significant marketing implications to anyone, including companies, small businesses, and even individuals looking to make an engaging and relevant impression. By simply providing a logo, business card design, or any other image commonly seen by the public, Gravity Jack’s packages offer to train the image or one of the company’s patented Quick Augmented Reality (QAR) codes, so that when viewed with the company’s popular augmented reality app, “browsAR,” viewers are instantly met with futuristic, and highly interactive multimedia content.

Gravity Jack has announced a list of packages available to consumers, ranging from its “Business Class” package (which offers video or three-dimensional content, programmed on a business card or logo), to its more complete “Presidential” package, which allows the implementation of social media, contact information, and even interactive buttons called “logic.” Logic, if chosen, allows viewers to instantly access real-time information, the ability to purchase services, and more, from the logo or business card, all within the browsAR application.

With augmented reality already being sought by major companies, the announcement from Gravity Jack promises to bring this budding technology further into the limelight and soon establish augmented reality-enhanced content as more of an expected marketing and networking instrument, rather than an exclusive novelty. BrowsAR, the mobile application able to access all of Gravity Jack’s augmented reality technology, is currently available, free of charge, in both Apple’s App Store (on iPhones and the iPad 2) as well as in the Android Market. Individuals or companies interested in getting more information about experiencing augmented reality content for themselves can find additional information at the company’s website, official Facebook page, or at the media contact, listed below.

About Gravity Jack:
Specializing in augmented reality, Gravity Jack designs and develops robust, custom software solutions for the iPhone, iPad, and Android operating systems. President and CEO, Luke Richey, founded the company in 2009, assembling a local dream team in software development. Clients of Gravity Jack come from a wide range of industries, and include some of the biggest names in the entertainment, gaming, and retail space. For more information, visit www.gravityjack.com

Gravity Jack Expands Reality With The Launch Of browsAR 3.1 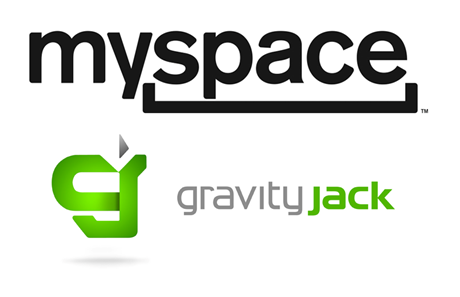