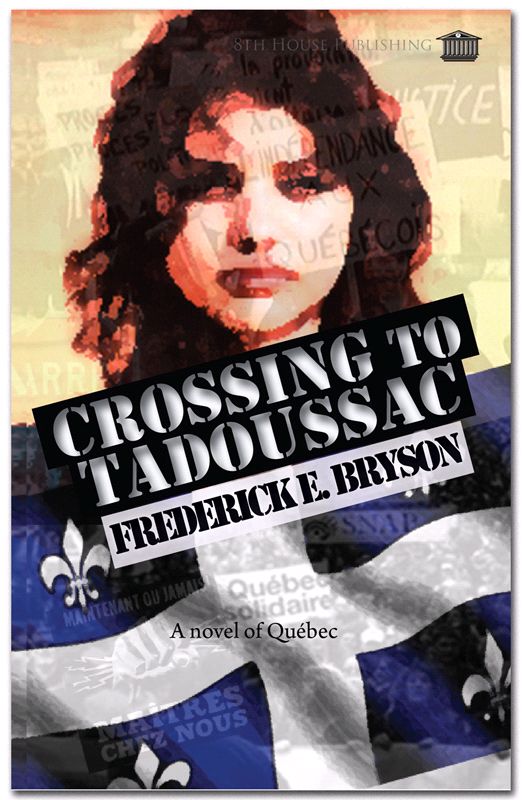 Online PR News – 23-May-2011 – – Asheville, NC – The Mountain Made art gallery is pleased to announce a book reading & signing of local author Frederick E. Bryson’s latest novel, “Crossing to Tadoussac” on Friday, June 3, from 5 until 8 pm.

“Crossing to Tadoussac” is a coming-of-age story of a woman who grows up in the time of the October Crisis of the 1970s when Quebec nearly separated from the Canadian federation and became independent.

These revolutionary cells murdered government officials, and blew up financial institutions including the Montreal Stock Exchange. The War Measures Act was declared and martial law was imposed. During this time over 450 people were detained by the government in Quebec, most of whom were eventually released without being charged.

Although the book is set in Canada, Bryson brings a Southerner’s perspective to the tale. In the process of researching the book, he traveled to Quebec frequently.

Once, when reentering the US, a customs guard asked why a fellow from North Carolina was interested in the Quebec Separatist Movement. His reply: “What Southerner isn’t interested in secession?”

“Crossing to Tadoussac” has been reviewed nationally and locally (The Laurel of Asheville), and was nominated for the QFW award in Montreal. It’s Bryson’s third novel.

Refreshments will be served to visitors, from 5 until 8 pm. We invite you to visit our blog at http://mtnmade.com/blog to learn more about the touching novel on the Quebec Separatist Movement and the infamous October Crisis.

About Mountain Made
Mountain Made, an Asheville art gallery is a celebration of the Appalachian artisan. Featuring arts, handcrafts, music, and literature from the region, the gallery is an eclectic setting for a reading of this cutting edge story. The work of over 150 WNC artisans is on display, ranging from wood and metal sculpture to pottery, music, books to one-of-a-kind furniture and exquisite handcrafted jewelry.

Mountain Made is a project of Mountain BizWorks, a local not-for-profit organization, and features the works of regional artisans, writers and musicians. For more information on this event, contact store manager, Melinda Knies, at 828-350-0307 or e-mail staff[at]mtnmade.com or visit http://www.mtnmade.com. (Interviews available on request)

Also from Mountain Made Art Gallery

The Mountain Made Gallery Will Host a Series of Summer Art De ...

What to do in Asheville - American Craft Week at the Mountain ...
visit our website