Online PR News – 06-October-2020 – New York, NY – SIGMA COMICS, LLC, a comic book publisher dedicated to fighting animal abuse, today released a "Call-to-Arms" video asking all animal lovers to support its upcoming Indiegogo crowd-funding campaign. Company founder, H.H. German, is heard in the video saying, "This is a VERY, VERY different approach to fighting animal abuse, and we absolutely invite you to support us in this fight." The campaign is currently in Pre-Launch status, which allows supporters to learn about the campaign before launch. Sigma Comics is asking supporters to sign up on their website, in the GET UPDATES section, to be alerted for the campaign's launch.

“This is a VERY VERY different approach to fighting animal abuse.”

The Sigma Comics' Pre-Launch Indiegogo page is available at: https://www.indiegogo.com/projects/he-s-coming/coming_soon
The Call-to-Arms video appears on YouTube at: https://youtu.be/rw9X8o_6wug

About SIGMA COMICS
SIGMA COMICS, LLC is a comic book publisher dedicated to fighting animal abuse. The company’s goal is to reach a growing audience of readers across the globe, in order to promote animal rights advocacy and provide a powerful mechanism for animal rights charities to promote their efforts. For more information, visit https://www.sigmacomics.com. 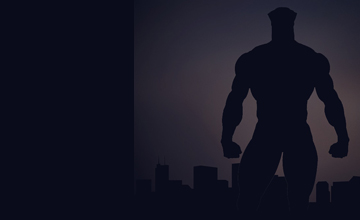