Online PR News – 05-October-2020 – Mexico City – De Hoyos y Aviles announced today the opening of its new office in Ciudad Juarez, State of Chihuahua. Ciudad Juarez is the sixth city in population in Mexico, and along with El Paso, TX, Borderplex forms the second bi-national metropolitan zone in Mexico, only behind of the San Diego-Tijuana zone, where DHA has operations too.

“Charlie Meacham Chair of the USA-Mexico Bar Association mentioned: We would like to congratulate Ivonne Aguilera and De Hoyos y Aviles on the announcement of their new office in Ciudad Juarez to boost their already impressive cross-border business and dispute resolution practice. Ivonne is an experienced business lawyer and dynamic leader that will help DHA serve its clients in Chihuahua and build a strong presence in Ciudad Juarez.”

The office will be headed by Ivonne Aguilera-Gonzalez. Ivonne earned her J.D. from Universidad Autonoma de Chihuahua in 1995 and her masters degree (LL.M) from the University of Texas at Austin (2006). She was in-house counsel at HSBC from 1994 thru 1999, senior associate with Baker McKenzie (2000-2013) and partner at EC Legal Rubio Villegas (2013-2020). She focuses her practice in Business Law, Mergers & Acquisitions and Compliance. She speaks fluent English and French (intermediate).

Jorge E. de Hoyos-Walther, managing partner of the firm, explained: "For years we have friends and important clients in the State of Chihuahua. In the last few months, our services growth in demand in the Chihuahua State, so we decided that it was the right moment to open an office, to consolidate our presence in Juarez-El Paso zone. Ivonne is a seasoned lawyer, knows the area and perfectly understands the business sector."

Ivonne Aguilera, director of the DHA Juarez office, said: "I am excited with this new project. With the opening of this office we will consolidate the leadership of DHA in northern Mexico. The contact network of the firm in Texas and New Mexico will be a major help. The Expertise of the DHA litigation practice group will strength the corporate practice."

About DE HOYOS Y AVILES
DHA was founded in 1964 in Monterrey, State of Nuevo Leon, by Gustavo de Hoyos-Guevara. The firm has over 55 years of experience in Complex Litigation, Business Law and Real Estate. With offices in Mexico City, Guadalajara, Tijuana, Mexicali, Los Cabos and now in Ciudad Juarez, DHA consolidates its team and nationwide coverage in the most important cities of the country. From any of such cities and having a wide network of correspondents in the country, Our team can provide services to its clients in any place in Mexico. 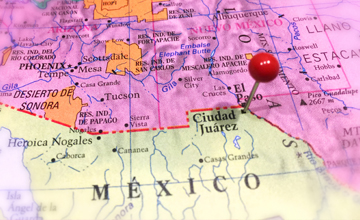