Patrons are invited to be part of a music video for the new Latin House dance single ¿COMO SABRE?

Released in August 2020, the song is a colorful electro-pop jam with a tropical vibe, featuring Spanish language vocals by Miami-based EDM singer Emarie.

The group has launched a Patreon crowd-funding campaign that invites patrons to be part of an upcoming official music video for the song. Participants will receive digital downloads and credits in the music video. They can also participate in an exclusive livestream event during production and receive free merchandise.

The project will help fund a production crew and dance team to film the video under strict Covid-safe production guidelines.

Based in Los Angeles, So Foreign Productions is a full-service production company tailored to commercials, new media, social media, short film, and series?pilots. Founded by Brazilian actress Mariana Brassaroto and Ukrainian-born actress Albina Katsman, So Foreign has produced an original web series and a short film amongst other projects. Katsman recently starred in the feature film ALONE which premiered at the 2019 Cannes Film Festival. Brassaroto can be seen in movies and TV shows in South America and the U.S.

"The music video will combine elements of social media, such as TikTok-inspired choreo and a narrative story," said Brassaroto about the project. Katsman added, "We want to appeal to as many people as possible and the same time stay true to the message of the song!"

Mandalan is the music project of Los Angeles-based musician, songwriter and producer James Brennan. He produces a tropical house genre of dance/pop music with a dramatic sound including heavy drums and electronic elements. His debut single How We Live featuring vocals by EDM singer Cadence XYZ was released to critical acclaim in December 2019. 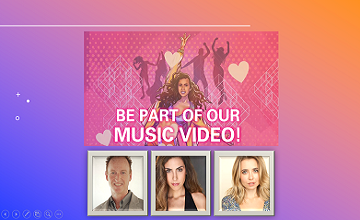