Grammy-nominated singer/songwriter and television host, Syleena Johnson takes on a new challenge with her docuseries "The Making of a Woman"

Online PR News – 09-September-2020 – Atlanta, GA – Grammy-nominated artist and television host, Syleena Johnson, embarks on a journey towards completing her 11th studio album, Woman, in this blunt and captivating docuseries. Set to air September 8th, at 10pm EST / 7pm PST on FoxSoul.tv, "The Making Of A Woman" highlights Syleena's highs and lows during the demanding process of creating her album, the recording process and shooting the projects' first video. Syleena also assumes the role of executive producer of "The Making Of A Woman" alongside Dr. Syleecia Thompson and Shari Nycole, creating a powerful circle of Black female executives focused on creative evolution and elevation.

Syleena describes the making of her album as "...the rediscovery of self and the plight to create something that speaks to the hearts of women around the world."

“Syleena describes the making of her album as ...the rediscovery of self and the plight to create something that speaks to the hearts of women around the world.”

Dr. Syleecia Thompson says, "Working on The Making of a Woman was one of the most exhilarating experiences I've encountered. Full of ups and downs but ultimately we delivered a powerful depiction of what Women can do in 2020 and during a pandemic!"

Shari Nycole says, "I consider it a blessing and an honor to collaborate creatively with two Black women who value themselves, their work, their purpose, and the importance of positively impacting and empowering others. It is my sincere belief that "The Making of a Woman" will leave an indelible mark on the hearts of women from all walks of life and give audiences a clear depiction of the musical magic Syleena Johnson made in the studio and on stage while recording the Woman album."

During the filming process, Johnson traveled to Chicago to work with rapper/singer Sir the Baptist for his latest project and record for her album. She endured the chaotic and taxing nature of recording between two studios, performing at The City Winery in several states and collaborating with other artists to make this her best album yet. Viewers also get a glimpse of Syleena's controversial and thought-provoking appearance on The Breakfast Club in New York City during the Woman album promo tour. The docuseries lays out the emotional hardships of finding out that her sister/manager, Dr.Syleecia, has breast cancer at the start of her highly anticipated South Africa tour.

Singer/songwriter, Johnson has nine albums to her name, including the critically acclaimed debut album, "Chapter 1: Love, Pain & Forgiveness". In 2004, Kanye West tapped Syleena to handle the vocals on the top-10 Billboard hit "All Falls Down," which also garnered her and West a GRAMMY nomination and four MTV VMA nominations for the accompanying video.

In recent years, Johnson has enjoyed mainstream exposure appearing on such television shows as TV One's "R&B Divas: Atlanta" and WE TV's "Marriage Boot Camp: Reality Stars" and from 2017-2020, Syleena co-hosted the live TV One daytime daily talk show "Sister Circle," alongside Rashan Ali, Quad Webb-Lucneford and Trina Braxton. Her latest hosting spot is on Fox Soul, on the charismatic show "Cocktails with Queens" alongside Claudia Jordan, Lisa Raye, and Vivica A. Fox. 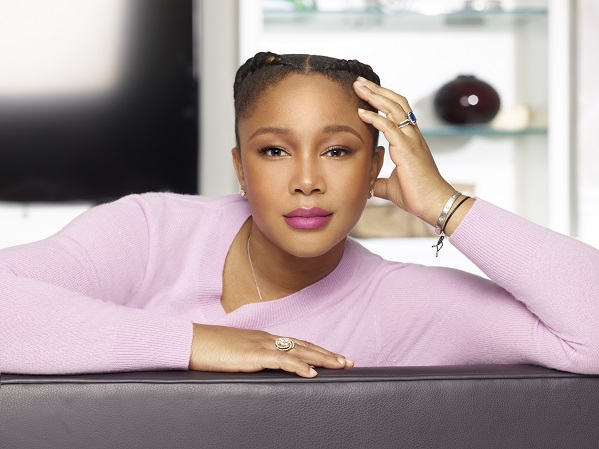 Dermatologist in New York City Specializes In Skincare For Pe ...
visit our website