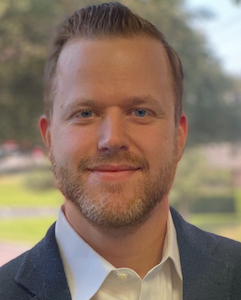 Online PR News – 17-August-2020 – Fort Worth, Texas – ALG Holdings Family LLC announces the launch of their new ambitious venture with ownership in a range of companies, including Hyena’s Comedy Club, Kroh Exploration, and Freaky Fast Homebuyers & Investments along with other endeavors.

ALG represents the culmination of years of work by serial entrepreneur Jeremy "JB" Yowell. The dedicated businessman got his start in the oil and gas industry as a fundraiser. He eventually built his own exploration company. After successfully navigating twelve years of that industry’s volatile storms, it was time to expand his financial and administrative acumen into broader endeavors.

With venues in Dallas and Fort Worth, Hyena’s Comedy Club will undergo expansion and brand transformation, adding growth into secondary markets and broadening programming opportunities with black box theatres in some locations. Yowell’s team and Hyena’s owner Randy Butler will collaborate to elevate Hyena’s into a premier comedy club chain.

Developed alongside Yowell’s partner, Brett Kroh, Kroh Exploration is an independent oil & gas exploration company. They anticipate production growth to three-thousand barrels of oil equivalent daily over the next five to ten years. Likewise, Yowell is excited by the strong possibilities for Freaky Fast Homebuyers & Investments. Impressed by his initial meeting with Founder and Partners Jason Engelman and Matthew Hagerty, he expects their asset values to exceed 100M by 2025.

Bearing his alias, Bryan Blue, Jeremy “JB” Yowell has also built a nationally-syndicated radio talk show - which was broadcast weekly in 42 markets from 2016-2018 - engaging a broad range of topics from a common-sense perspective. ALG Holdings Family, LLC will further explore media opportunities, including future podcasts and a reality show currently in pre-production called Down to Business. The show unites Yowell’s business acumen with his flair for entertainment. Down To Business will also feature Yowell’s frequent collaborator Jamie Knight as a co-host. The Down To Business team will partner with businesses each week to reorganize, restructure, and rediscover higher earning power.

For more information on upcoming projects from ALG Holdings Family LLC, look for their website and follow them on social media.