American Companies Give Back is a new online video series that celebrates corporate citizenship.

Seattle video production company Bayside Entertainment is launching a new online video series that celebrates American companies who give back.

Online PR News – 15-July-2020 – Seattle, Washington – Seattle video production company Bayside Entertainment is launching a new online video series that celebrates American companies who make giving back an integral part of their corporate culture. The first video in the series will be shared this Friday, July 17.

"American Companies Give Back" highlights the myriad ways in which companies are supporting their communities and employees, especially in these difficult times. Each video is designed to shine a light on the benefits of corporate giving. The segments will cover a wide range of companies and philanthropic initiatives. Whatever their scale, these companies and their non-profit partners deserve a moment in the spotlight.

Emmy and Peabody award-winning TV personality Ken Bastida acts as host and interviewer, taking us behind-the-scenes of each corporate philanthropic effort. He moves beyond press release bullet points to reveal the heart and soul of each story.

Executive Producer Joanie Burton Wynn commented, "As storytellers, this is our way of giving back and we are thrilled to share these uplifting stories at a time when they are sorely needed."

Head of Production Steve Wynn added, "Our goal is to promote and encourage the spirit of giving back, to show that doing good is good business."

The first few segments in the series include the following companies: TCC, a large Verizon retailer, Credo, a clean beauty company, Wag!, an on-demand dog walking service, DripDrop, a leading rehydration company and, micro-lending organization, Kiva. Each company has illustrated a dedication to giving back and woven their philanthropic efforts into the fabric of their companies.

The segments will be shared via Bayside Entertainment’s You Tube and Facebook pages and on featured companies’ own web and social sites. “American Companies Give Back” will also be shared on Ignyte TV, a new Roku streaming channel dedicated to sustainability and philanthropy.

This series is an offshoot of the Bayside Entertainment’s Emmy award-winning program, "Journeys for Good" which features stories of international volunteer efforts. As Covid-19 sidelined travel, the producers pivoted to feature US-based stories of companies that contribute to the greater good, at this time and always.

HOST/INTERVIEWER
Ken Bastida: Ken Bastida is a television personality based in San Francisco. Ken has garnered many awards including six local Emmys. In addition, he is a recipient of the Peabody Award and has been recognized for excellence by the Associated Press, the Radio and Television News Directors Association and the Peninsula Press Club. He hosted “Landscape Smart” for HGTV.

PRODUCTION COMPANY:
Seattle video production company Bayside Entertainment produces the full range of content for broadcast, corporate communications, and brand storytelling. Owner/operators Steve and Joanie Wynn are an Emmy and Telly award-winning husband and wife production team. In addition to their for-profit efforts, the pair produce pro bono content which celebrates the spirit of giving back. Their passion project, Journeys for Good is an Emmy award-winning original documentary series that celebrates everyday heroes who travel to give back and connect in a meaningful way. As the world “shelters in place”, they have decided to focus their lens closer to home, highlighting the volunteer and philanthropic efforts being made by corporate America with their original video series, “American Companies Give Back”
http://www.BaysideEntertainment.com
http://www.JourneysforGood.tv

STREAMING PARTNER:
Ignyte TV is an educational entertainment network streaming on Roku & Amazon Fire. The aim of the channel is to connect audiences to social & environmental issues and to engage and inform them with inspiring content.
http://www.Ignyte.tv 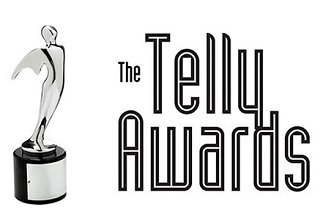